Home Uncategorized In Aftermath of Trump’s Win, We Are Witnessing More Than 1,000 Hate... 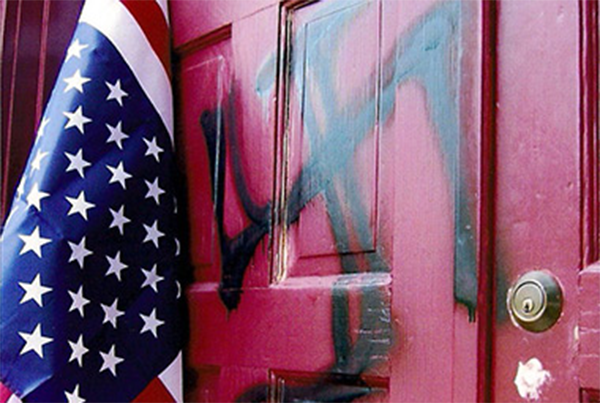 Over one-third of the incidents made mention of President-elect Donald Trump.

Over 1,000 hate crimes have been reported since Donald Trump won the U.S. presidential election, the rate dropping since the days after election day but over a third of them still making reference to Trump.

Most of the incidents were against immigrants, followed by African-Americans, Muslims and LGBT people, according to the Southern Poverty Law Center, which released the data on Friday but cut off the count on Monday, Dec. 12. The SPLC counted a total of 1,094 from news reports, social media and direct submission.

Like previous counts, most incidents occurred in K-12 schools, followed by highly-frequented businesses and campuses of higher education. Most recruitment drives, especially those including fliers, were reported on college campuses, the majority of them by white nationalists and some from the Ku Klux Klan.

(Article by Jeremiah Jones; From Alternet)

$3.5 Million Settlement for Handcuffed Woman That Fell From Moving Police Car to Escape...