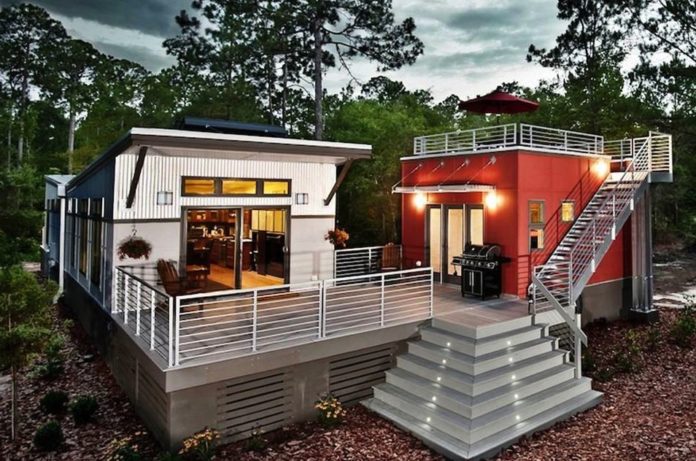 For many it’s a live long dream to get “off the grid” and live self-sufficiently. But unplugging from municipal services has been ruled illegal by a court in Cape Coral, Florida.

Special Magistrate Harold S. Eskin ruled that Robin Speronis is not allowed to live on her own private property without being hooked up to the city’s water system.

He admitted that she had the right to live without utility power, but said that her alternative power sources must always first be approved by the city.

Speronis has been taking a stand for years not against the city of Cape Coral. Back in November of 2013 a code enforcement officer attempted to evict her for “living without utilities.”

The city’s argument is that the International Property Maintenance Code was “violated” by her reliance on rain water rather than paying the city for water. The IPMC also would make it a crime for her to use solar panels instead of being tied into the electric grid.

“It was a mental fistfight,” Todd Allen, Speronis’ attorney said regarding Eskin’s review of the case. “There’s an inherent conflict in the code.”

Allen says that at this point the argument is just that Speronis must “hook up” to the grid, even if she doesn’t use utilities from it.

Speronis explains that she has won on two of three counts already, but there is still a big fight ahead of her.

“But what happens in the courtroom is much less important than touching people’s hearts and minds,” she explained.

“I think that we are continuing to be successful in doing just that and I am so pleased — there is hope! The next morning, as I took my two hour walk, there was a young man unknown to me, who drove by me, tooted his horn and said, ‘Robin, congratulations on your victory yesterday, keep up the fight and God bless you.’ That is beautiful.”

The local Press-News newspaper said that Eskin “admitted that the code might be obsolete.”

He argues, however, that he has an obligation to enforce the code. Still, he acknowledges that some of the charges against her are unfounded.

“I am in compliance,” Speronis said in an interview with the local News-Press. “I’m in compliance of living… you may have to hook-up, but you don’t have to use it. Well, what’s the point?”

Speronis has long been living “off the grid.” The city didn’t seem to even notice until she publicly discussed her home with Liza Fernandez, a local news reporter. After that appearance, a code enforcement officer designated her home as “uninhabitable” and gave her an eviction notice.

In March, at a code compliance hearing before Eskin, Speronis was a no-show. Local WTSP 10 news reports that “her company, Off-the-Grid Living Inc. is a litany of violations. Out of 48 violations, Speronis had been previously found guilty of 45. There’s been no appeal or movement to comply.”

“We will continue to use due process and legal measures available to enforce the codes of the city,” Connie Barron, spokeswoman for the city of Cape Coral said. “The building official has pulled the certificate of occupancy… this was the next step we decided to take to bring the property into compliance. Legally, she cannot be in the house.”

Barron acknowledges that it is “unusual for the city to escalate a case to this level.”

“Even if they board the house up, I’m not leaving,” Speronis explained. “They did the best they could when they took my dogs and arrested me. It fell apart because I’m unshakable.”

The International Property Maintenance Code is still being used by cities throughout the United States and Canada. While it stands, it holds that even if you have power and running water, you can be evicted from your home if you remain “off the grid.”

(Article by Reagan Ali; h/t WTSP 10; Press-News and Off The Grid News)

Former Vice President Joe Biden Regrets Not Running for President, Believes he Could Have...

Minnesota Senate Votes 58-9 To Pass Internet Privacy Protections In Response To Repeal Of...