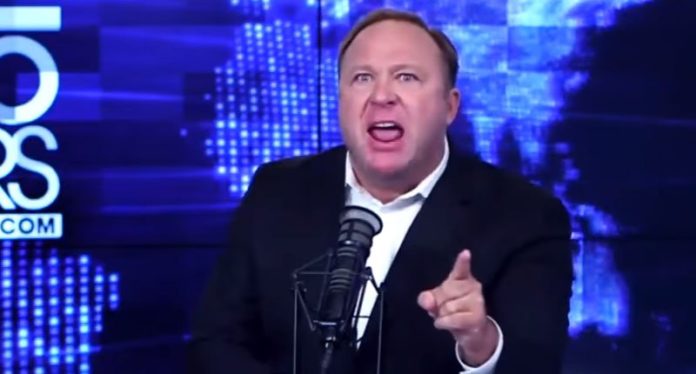 Many conservative influencers and fake news sites—including Alex Jones, Sean Hannity and even president-elect Donald Trump himself—used conspiracy theories throughout the 2016 presidential campaign to spread misinformation in an attempt to discredit the opposition. Trump’s first real outspoken tirades against a president were about the false conspiracy theory that president Obama was born in Kenya and not eligible to be president. Even after the release of his US birth certificate and the verification that his mother was a US citizen, Trump continued to spread the false conspiracy theory.

Elizabeth Preza of Raw Story reports that the poll was conducted after an armed man from North Carolina was arrested for trying to “self-investigate” Comet Ping Pong in Washington D.C. over charges the restaurant was a front for a pedophilia ring run by Clinton and her aide John Podesta.

This is how a lie can travel around the world in just a few hours. When people hear the lie first, they are less likely to believe the truth when it is presented to them.

The “fictitious conspiracy theory”—dubbed “pizzagate”—originated on sites like 4chan and reddit before making its way across social media. It was eventually picked up by fake news websites including Jones’ Infowars.com. According to the poll, even after the theory was debunked by authorities, “only 29 percent [of American adults] are sure the allegation is ‘definitely’ not true.”

People are so apt to believe the lie when it is what they want to hear that they are rejecting the overwhelming evidence of the CIA and FBI in favor of Russian leaders.

The poll also reveals a remarkable distrust of the intelligence community’s consensus that Russia was responsible for leaking e-mails from the Democratic National Committee and Clinton campaign in the hopes of swinging the election in favor of Trump. While 87 percent of Clinton voters believe it’s “true” that Russia interfered to help the president-elect, a full 80 percent of Trump voters think it’s false. Sixty percent of Trump voters also believe the president-elect’s erroneous claim that “millions of people … voted illegally” in the election.

Do not let the lies deceive you. Always verify your information and stay open minded to you will accept the truth when you see it.  Do not end up like the majority of Trump supporters; rejecting truths and believing lies because they are what you want to believe.

“This is not a debate. You have no choice but to vote for this...