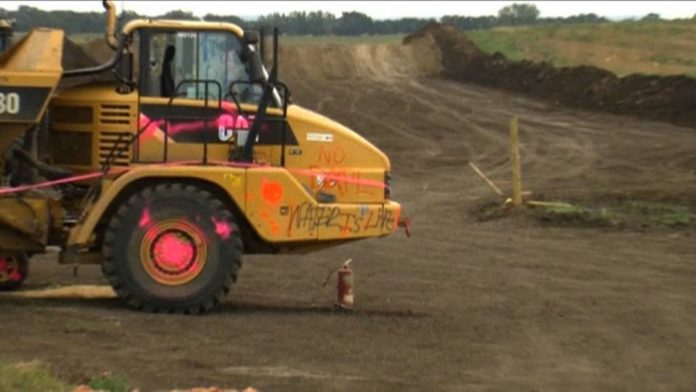 Bad news for the company building the Dakota Access pipeline!

The Enbridge corporation just suffered another massive setback this week. That’s because some of the major investors in the project just said they will hold off on their purchase of a $2 billion stake in the project.

Without that investment the pipeline could be dead in the water (no pun intended).

A filing with the Securities and Exchange Commission clearly shows that Enbridge Energy Partners and Marathon Petroleum Corporation won’t meet a previous deadline of December 31 to complete the sale.

That means the companies will now have until March 31 to decide if they want to walk away from an investment in the pipeline altogether.

Energy analyst Antonia Juhasz said this is “bad news” for Energy Transfer Partners, commenting, “If Enbridge and Marathon thought that completion of the pipeline was a done deal, the money would have been a done deal too. This means they are worried and are not feeling secure enough to turn over their cash, putting even more financial pressure on Energy Transfer Partners.”

Help SPREAD THE WORD! The protests are WORKING and they are STILL GOING because the ILLEGAL DAPL pipeline builders are STILL there trying to push forward!

Get the word out and Stand With Standing Rock!

Trooper that Choked an Ambulance Driver and Got to Keep Job, In Hot Water...