Home Uncategorized Muslims, Jews and Christians Team Up To Make Sure NO ONE Spends... 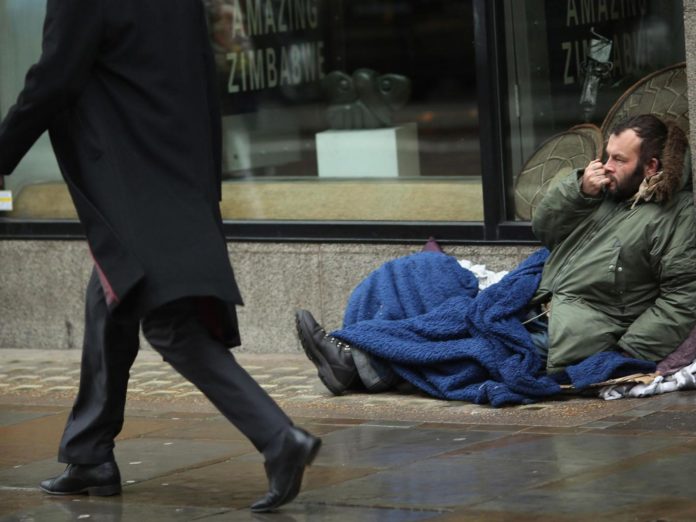 Muslims are handing out sleeping kits in London, Sikhs and Hindus are housing homeless in Leicester, and Jews are feeding them in St Albans

A multitude of different faith groups are teaming up across the UK to help the homeless in the run up to Christmas.

Muslim NGOs are working hand-in-hand with churches in London to distribute food and sleeping kits.

Anglicans, Catholics, Methodists, Quakers, Jews, Hindus, Muslims and Sikhs meanwhile opened up a night shelter in Leicester last week, in what is believed to be the first enterprise of its kind.

Muslims and Christians dished out hot turkey dinners and sleeping kits to around 90 homeless people at a west London church on Monday.

“It was a glimpse into how the world should be,” said Shepherds Bush’s Church of St Stephen and St Thomas vicar Dr Bob Mayo, speaking to The Independent.

“You always get a better sleeping bag from the Muslims,” joked Dr Mayo, who shared his birthday cake with his homeless friends on 5 December.

“There is so much negative publicity surrounding Islam going on at the moment so we really encourage them to come in and maximise what they’ve got.”

Earlier this month, Muslim Aid and East London Mosque in Whitechapel handed 10 tonnes of food to homeless charity Crisis for its Christmas initiative.

An estimated 90 per cent will go to non-Muslims.

Muslim-owned kebab shops in Birmingham and in south-east London will feed the homeless free of charge on Christmas Day.

In Leicester, charity One Roof opened a shelter on 12 December, for 10 homeless men, which switches between seven different faith-based locations.

Housing Justice UK told One Roof that never before had so many different faiths collaborated on a homelessness project.

“When you think about it, I find it really mind boggling,” the charity’s manager Salma Ravat told The Independent.

US Laws Have Legalized Pedophilia With Children As Young as 10 Yrs Old And...