Home Uncategorized Nearly 30 Years on Death Row for a Crime He Didn’t Commit... 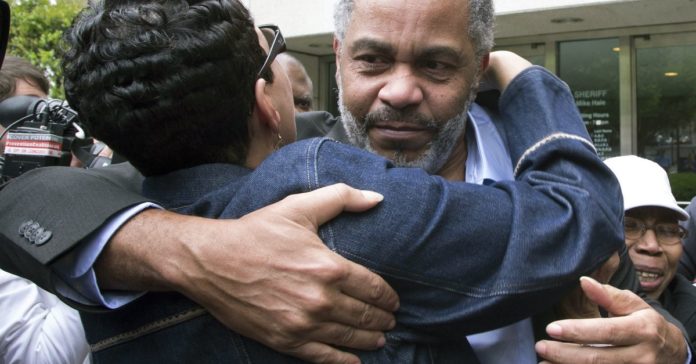 For nearly 30 years, Anthony Ray Hinton sat in a 5-foot-by-7-foot cell, waiting for his execution day. Hinton was sentenced to death after he was convicted for murdering two restaurant managers.

After a 16 year fight by the Equal Justice Initiative led by Bryan Stephenson, Hinton was released in April 2015, when the state overturned his conviction and dropped all charges against him. The only evidence connecting him to the crime was a ballistics test showing that the bullets matched his mother’s gun, but a second analysis later proved that information was incorrect.

Hinton, who is 59 now and was 29 at the time of his conviction, was mowing the lawn at his mother’s house in Birmingham, Alabama on a hot July day in 1985 when the police showed up. He shares his story today on The Takeaway.

Latest Dem Lawmaker Forced to Answer to Constituents for Failing to Resist Trump –...

‘Using my white privilege for the right reasons’: Florida Woman Beats A Racist