Home Uncategorized Today Is The Anniversary of Largest Mass Execution of Native Americans In... 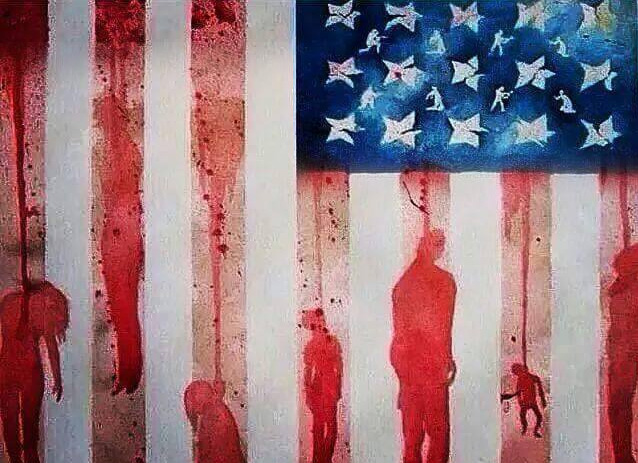 Today marks the anniversary of the largest mass execution in U.S. history. On December 26, 1862, dozens of Dakota warriors were hung in Mankato, Minnesota under orders issued from President Abraham Lincoln.

Konnie LeMay writes for ICMN, “A ghost of Christmas past haunts the Dakota to this day—the ghost of a great injustice to 38 men hanged the day after Christmas in 1862, of injustice to 265 others also convicted in sham military commissions, of injustice to more than 3,000 Dakota people held captive and then forced on a death march west out of Minnesota.”

“The Dakota have been dehumanized… and the injustices continue to the present, there still isn’t any justice,” Angelique EagleWoman (Wambdi A. WasteWin) told LeMay.

The Sisseton-Wahpeton Dakota woman who is a professor of law at the University of Idaho College of Law knows about those past injustices. Besides growing up with stories of the U.S.-Dakota War of 1862 and its devastating aftermath for her people, she has studied the history of the trials that followed.

When looking back across time at the largest mass execution in U.S. history, guilt or innocence for each individual cannot—and need not—be determined, but the judicial system itself can and should be judged, agreed EagleWoman and Carol Chomsky, a professor at University of Minnesota Law School who also researched the military commissions that handed down the verdicts.

And the echoes of the U.S.-Dakota War and the handling of its aftermath still reverberate, EagleWoman wrote in her 2013 article published in the William Mitchell Law Review. “The quality of life for the Sisseton-Wahpeton Oyate (SWO) continues to be far below the level enjoyed by the majority of citizens in the United States… The human rights of cultural and economic self-determination, recognition of the ownership of a permanent homeland, and freedom to live in peaceful integrity have all been denied to the Sisseton-Wahpeton Dakota by the U.S. government and its component state governments.”

It is hard to summarize in a few words the multiple strands of the complex web that ignited the U.S.-Dakota War in late summer of 1862 in southwestern Minnesota. Some of the story is too familiar in Indian country.

A series of treaties restricted the living space of the Dakota people to an area that could no longer sustain their traditional hunting economy. Promised payments and other remittance to compensate for the concessions were slow to emerge, withheld all together, or syphoned off by unscrupulous traders and others, leaving the Dakota people with nothing to live on—many facing starvation heading toward the long Minnesota winter.

With the Dakota people buffeted by the increasingly dangerous poverty and by the overt racism expressed by many of the white settlers and traders in the region (one trader infamously quipped “Let them eat grass” when informed of the pending starvation), it should not have been surprising when conflicts arose between the two races. The spark that would ignite the war came August 17, 1862, when four young Dakota hunters killed five settlers. In the past, wrote Carol Chomsky in her 1990 article “The United States-Dakota War Trials: A Study in Military Injustice” published in the Stanford Law Review, the young men might have been turned over to the Americans, but the Dakota people were in no mood for ignoring their situation. Instead, a war council was held that evening and a decision was made to go to war, though not supported by all the Dakota leaders. Even the war leader, Taoyateduta, Little Crow, reluctantly endorsed the action.

“In the 37 days of fighting, 77 American soldiers, 29 citizen-soldiers, approximately 358 settlers and an estimated 29 Dakota soldiers had been killed,” Chomsky explains.

Attempts were made toward a peace, Col. Henry H. Sibley even contacted Taoyateduta, but Sibley’s demand for hostages before negotiations was rejected. By late September with Dakota support waning for the war, the main war leaders left the main camp with their families and those who wished to continue fighting. The remaining leaders agreed to surrender to Sibley, who had promised punishment only for those involved in attacks on settlers. Sibley set up the ironically named Camp Release across from the camp and eventually took more than 2,000 into custody.

Almost immediately, a three-member panel was set up as a court of inquiry, Chomsky wrote, but the court became a military commission, eventually judging 392 prisoners, convicting 323, of which 20 were sentenced to prison and 303 sentenced to death.

“There were a very large number of trials in a very short period of time,” Chomsky explains. “They were fast, they were repetitive, they focused on the same question… I think it became routine… It was a veneer of fairness, and just because there are trials does not mean there is fairness.”

The 38 executed were ironically those who voluntarily surrendered. “They had gone there because they wanted to end the war, and they protected the whites.”

In all, there were more than 4,000 people who crowded the square where the mass execution was carried out, cheering when all was said and done.

The Minnesota Historical Society’s U.S.-Dakota War website says the following: “After dangling from the scaffold for a half hour, the men’s bodies were cut down and hauled to a shallow mass grave on a sandbar between Mankato’s main street and the Minnesota River. Before morning, most of the bodies had been dug up and taken by physicians for use as medical cadavers.”

Telling history as it truly happened, capturing the full complexities, doesn’t only honor the past, it can help for the future, EagleWoman said. “It’s traumatic, but we still have to know the truth.”

What follows is a list of those executed, modified from Marion Satterlee’s by ICMN, “A Detailed Account of the Massacre by the Dakota Indians of Minnesota in 1862,” published in 1923.

Dan Little, Chaska dan, family name for a first son (this may be We-chank-wash-ta-don-pee, who had been pardoned and was mistakenly executed when he answered to a call for “Chaska,” reference to a first son; fabric artist Gwen Westerman did a quilt called “Caske’s Pardon” based on him.

Hapinkpa, Tip of the Horn

Nape shuha, Does Not Flee

Waxicun na, Little Whiteman (this young white man, adopted by the Dakota at an early age and who was acquitted, was hanged, according to the Minnesota Historical Society U.S.-Dakota War website).

Had hin hda, To Make a Rattling Noise

Chanka hdo, Near the Woods

Mehu we mea, He Comes for Me

Wakanozanzan and Shakopee: These two chiefs who fled north after the war, were kidnapped from Canada in January 1864 and were tried and convicted in November that year and their executions were approved by President Andrew Johnson (after Lincoln’s assassination) and they were hanged November 11, 1865.

DoD Audit Shows $1 Billion Worth Of US Weapons May Have Went To ISIS...