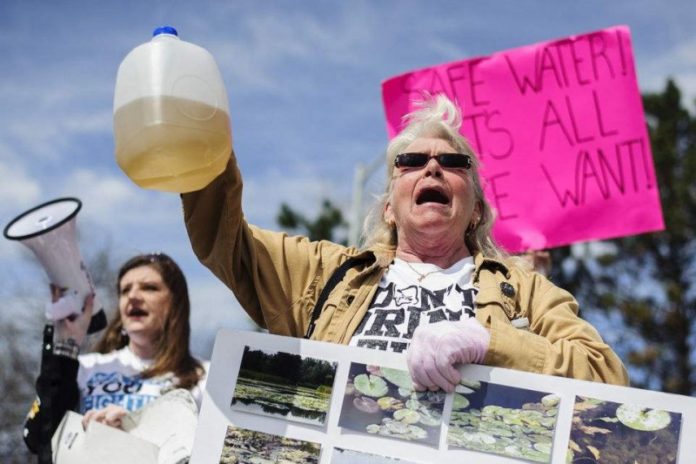 MINNEAPOLIS — For almost three years, the residents of Flint, Michigan, have had poison running through their pipes.

The city’s water supply has been tainted by lead and other dangerous pollutants since the city started drawing its water from the polluted Flint River in April of 2014 in an effort to cut costs in the economically depressed city.

By January of 2015, city officials were ensuring their own supplies of clean bottled water. And the governor’s office was informed of the toxic water in February. But it wasn’t until October that year that residents were warned to stop consuming the city’s toxic water.

Since then, the people of Flint have relied on bottled water for everything from drinking and cooking. Some are even hesitant to use unfiltered tap water to wash their hands or bathe.

To date, 6,000 to 12,000 children in Flint have been exposed to lead. This exposure will likely create problems for years to come, as lead poisoning can lead to physical and mental development problems that can last a lifetime.

Some have argued that officials have dragged their feet on fixing the problem because the city is 57% black and 41% poor.

A federal judge ruled in November that Flint residents are entitled to have bottled water delivered to their homes as “a rough substitute for the essential service that municipal water systems must furnish.” And On Dec. 5 the House and Senate finally agreed to authorize $170 million in aid to Flint and other cities with lead in their drinking water.

But this may be too little, too late for the people of Flint, who will be feeling the effects of this crisis for decades to come.

Melissa Mays, a mother from Flint and founder of the group Water You Fighting For?, is here to talk about what led to this crisis, the impact it’s had on her family, and how the government turned a blind eye while allowing Nestle to come in and pump clean groundwater for free.

Learn more about millions of Muslims march against ISIS, the Flint water crisis & life in prison for pot on the full episode of the Behind The Headline:

By Mnar Muhawesh   from: Mint Press