Home Uncategorized Cut Aid To All Who Voted Against Israel In UN Resolution –... 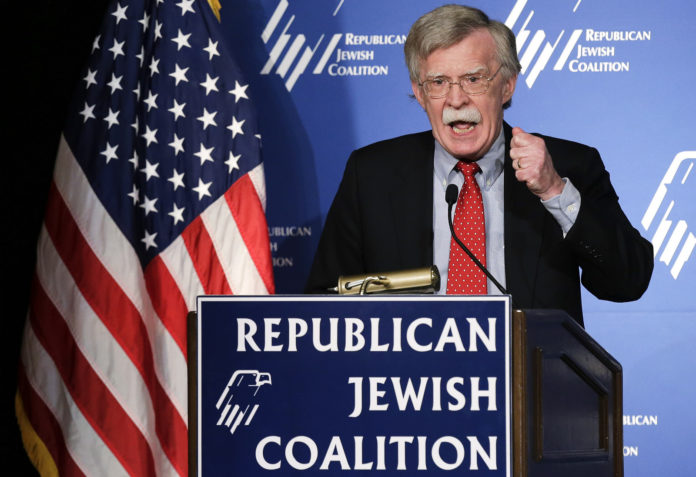 John Bolton has reportedly called on the incoming Trump administration to retaliate against countries who supported a recent UN Security Council resolution against Israeli settlements.

Picked by President-elect Donald Trump to be a key figure in the US State Department John Bolton is calling on the US to impose harsh cuts in US aid to “retaliate” against all 14 nations which voted in favor of the UN Security Council resolution critical of Israel’s settlement expansion.

Bolton suggested this as leverage to push a second UN vote to “repeal” the initial vote, saying it would represent a “last chance” for nations to placate the Trump Administration by voting against the resolution, and then “we’re going to take steps to show our unhappiness.”

Of course, a “repeal” resolution would almost certainly be vetoed by one of the other four permanent UN Security Council members, potential multiple members, meaning it is a non-starter at any rate. The cuts would also end up going after a number of nations Bolton and other hawks probably won’t be comfortable targeting.

That’s because while Bolton “emphasized” Venezuela and Malaysia as targets, the 14 yes votes also included three NATO member nations, Britain, France, and Spain, as well as massive recipient of US military aid Egypt, as well as key US ally Japan.

While cutting Egypt’s aid is historically a no-go, even though as a legal matter that aid has been overtly illegal since Egypt’s military coup, another one Bolton’s likely to hope gets “forgotten” is Ukraine, as the US has been heavily arming Ukraine for an envisioned war against Russia, and they too were a “yes” vote.

US Is In No ‘Condition To Lecture Us’ On Human Rights – Anti Media...