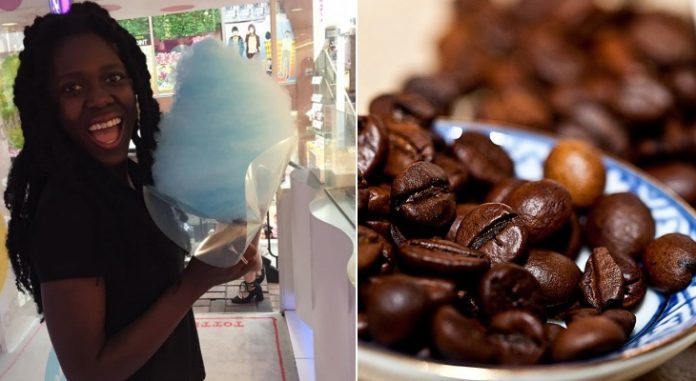 A customer demanding to be served by a “white lady” received a harsh awakening when the staff of a cafe in Australia refused to serve her.

Coffee beans, the way they’re ground, and the method they’re prepared will affect the flavor of java – not the barista’s color of skin. Unfortunately, not all are aware of this truth. Approximately three months ago, an unnamed coffee consumer walked into a cafe in Cairns, far-north Queensland, and demanded to manager Josie Ajak that she be served by a “white lady.”

Ajak, a South Sudanese woman who moved to Australia with her parents at the age of eight, undoubtedly felt a bit flustered by the confrontation but handled it like a pro. She told BuzzFeed:

“[THE WOMAN SAID] ‘GET ME A WHITE LADY. [I TOLD HER] ‘THAT’S FINE’, WITH A SMILE, AND SHE MOVED ASIDE, WAITING FOR A WHITE PERSON. I TOLD MY STAFF THAT SHE IS RACIST AND THAT WE WON’T BE SERVING HER, WHILE I CONTINUED SERVING OTHER CUSTOMERS WITH A SMILE.”

Reportedly, the woman angrily stared at Ajak until she gave up and left, coffee-less.

“SHE LOOKED AT ME, FACE ANGRY, LOOKING WITH [AN] EVIL STARE,” RECALLED AJAK.

The barista had no intention, it seems, of making headlines with the encounter, but her friend, Jade, decided the world needed to learn of the blatant racism. In a Facebook post, she wrote:

“TO THE WOMAN WHO RECENTLY VISITED GLORIA JEANS IN CENTRAL FOR COFFEE AND REFUSED TO BE SERVED BY JOSIE BECAUSE OF THE COLOUR OF HER SKIN; YOU’RE LUCKY SHE DIDN’T SHIT IN YOUR PIE LIKE THAT WOMAN DID IN THE HELP.

JOSIE IS ONE OF THE MOST KIND AND FRIENDLY PEOPLE YOU COULD MEET BUT IRRESPECTIVE OF HER CHARACTER, SHE DID NOT DESERVE TO BE EXCLUDED LIKE THIS.

SO, NEXT TIME YOU’RE IN THE CENTRE AND WANT AN AWESOME DRINK, COME GIVE JOSIE A HUG AND SAY HI. ORDER A WHITE HOT CHOCOLATE AND WATCH HER LAUGH AT THE IRONY OF NOT SAYING DARK WHEN YOU ORDER A NORMAL ONE (IT’S TOTALLY A THING.) JUST DON’T TELL HER SHE’S NOT WORTHY OF YOUR TIME AND MONEY BECAUSE SERIOUSLY, IT’S HURTFUL AND SHE’LL TELL ME ABOUT IT AND I’LL TELL EVERYONE.”

The post has garnered almost 20k likes and was shared over 1k times. After the story went viral, Ajak told BuzzFeed:

“I AM SO HUMBLED. THERE HAVE BEEN PHONE CALLS TO MY STORE FROM ALL OVER AUSTRALIA, FROM REGULAR WHITE AUSTRALIANS JUST CALLING TO SAY ‘HI’, SHOW THEIR SUPPORT, [AND] SAY THEY’RE PROUD OF ME.”

It’s 2017. Time for racism to become a thing of the past, don’t you think? Please share this news and comment your thoughts below!

By Amanda Froelich at True Activist

Trump Makes Up African Country And Tells African Leaders His Friends Are ‘going to...