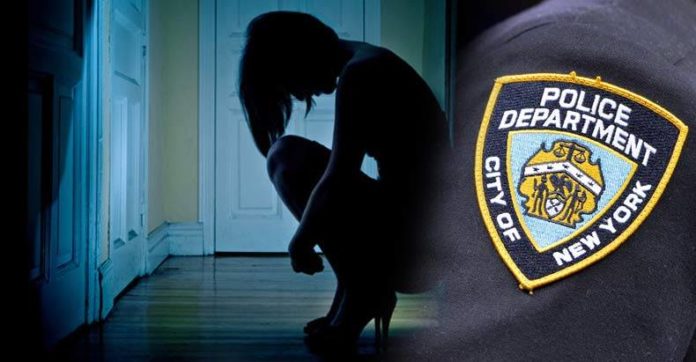 Sexual assaults in Greenpoint, Brooklyn have shot up 62 percent over the last year according to DNAinfo. But NYPD police captain Peter Rose is not “too worried” about the trend because only a few “were true stranger rapes.”

Elizabeth Preza of Raw Story reports that police statistics show a total of 13 rapes and attempted rapes in the Brooklyn neighborhood in 2016. Only three suspects have been charged out of the 13 cases.

Police say that so many are “unsolved” because the victims do not want assailants prosecuted, even though the women reported the assault.

Police officials said the unsolved cases are due to the fact that most of them were “acquaintance rape,” and many of the women who originally came forward declined to cooperate further.

Captain Peter Rose, head of the 94th Precinct which covers Greenpoint, said he wishes the department “could do more” to help victims, but he added ”it really becomes a balancing act for the investigators.”

“It’s not a trend that we’re too worried about because out of 13 [sex attacks], only two were true stranger rapes,” Rose said. At a Community Council meeting Wednesday night, Rose believes “the troubling ones” are people who participate in “stranger rapes”—as opposed to acquaintance rape—they have “like, no moral standards.”

“[The reported rapes are] not total abomination rapes where strangers are being dragged off the streets,” Rose said. “If there’s a true stranger rape, a random guy picks up a stranger off the street, those are the troubling ones. That person has, like, no moral standards.”

Jane Manning, Director of Advocacy at the National Organization for Woman New York City chapter,had serious issues with the lack of concern of the police captain.

“The idea that ‘this isn’t some guy who’s dangerous to women,’ that in itself is a major window into the mentality that we are up against,” she said.

“If you have the commander of a precinct making comments like that, he’s setting a tone for all the officers of a unit about how seriously to take acquaintance rape cases,” Manning added.

If the police captain does not care about women being sexually assaulted, then how can we expect any of the officers beneath him to care?  This is a huge issue that needs to be fixed.  Rape is not something that can be shrugged off like this police captain is trying to do.