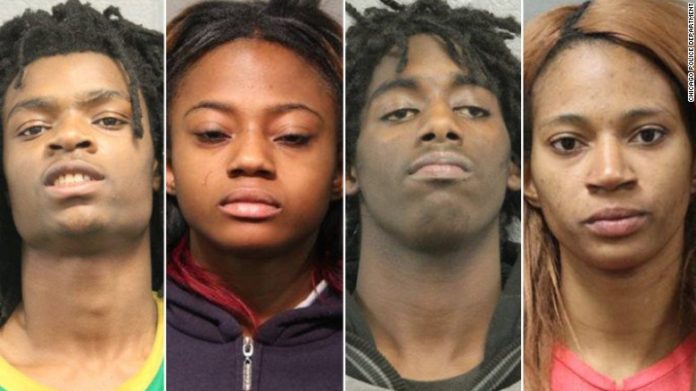 Investigators are looking into a Facebook Live video shot on the West Side that shows a group of people holding a young man hostage.

The victim is repeatedly kicked and hit, his scalp is cut, all while he is tied up with his mouth taped shut. The suspects on the video can be heard yelling, “F*** Donald Trump! F*** wh*** people!”

Community activist Andrew Holmes was made aware of the disturbing video, which he is calling a “hate crime.”

FOX 32 was told the young man is now at a hospital being treated for his injuries.

No charges have yet been filed.

Move Over Cotton, Say Hello to Hemp- The ‘Forbidden’ Crop That is Taking the...

What Does President Trump Mean for the Police State? – Anti Media News