Home News Shooter Captured Claims He Was Forced Under ‘Mind Control’ By CIA –... 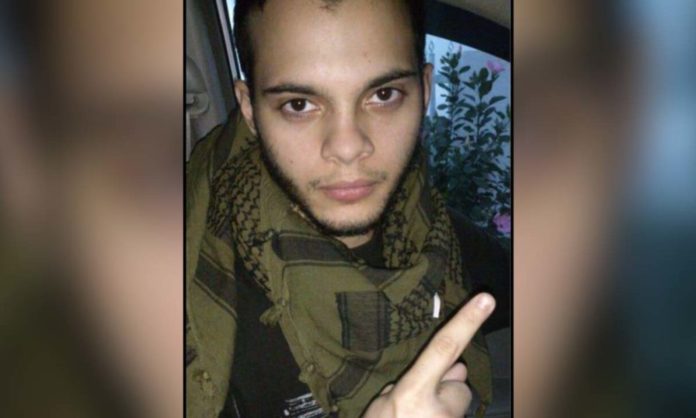 An Iraq war veteran is accused of killing five people at an airport in Fort Lauderdale, Florida on Friday.

(yn) Esteban Santiago 26 was taken into custody immediately following the shooting, questioned at length and was expected to face federal charges in the shooting rampage, said George Piro, a special agent in charge of the FBI’s office in Miami.

Authorities said Santiago had suffered from psychological problems and he had told them his mind was being controlled. His family and close friends also said he had ‘changed’ since returning from Iraq.

A federal law enforcement official said Santiago had entered an FBI office in Anchorage back in November behaving erratically and was turned over to local police who took him to a mental facility for evaluation.

He told FBI agents that his mind was being controlled by a US intelligence agency who were wanted him to join ISIS and who forced him to watch videos by the terrorist group.

Authorities said Santiago, an Iraq war veteran, suffered from psychological problems and had complained that the US government was controlling his mind

Santiago retrieved a semi-automatic handgun from his checked luggage and began firing indiscriminately after arriving in Fort Lauderdale–Hollywood International Airport from Alaska.

“After he claimed his bag, he went into the bathroom and loaded the gun and started shooting,” Broward County Commissioner Chip LaMarca said.

One witness said the attacker kept shooting until he ran out of ammunition for his handgun.

The airport remains closed and planes scheduled to land there have been diverted to other airports in Florida.

“This is a senseless act of evil,” Florida Governor Rick Scott told reporters.

A White House spokesman said President Barack Obama had spoken to Scott and other state officials. Obama said such tragedies had happened too often during his eight-year-term in office.

City Council Furious Man Has Enough Money to Keep them From Stealing His Land...

San Francisco Family Left Homeless After Their RV Was Towed Due To Unpaid Parking...

Latest Police Extortion Racket — “Booking Fees” for Arrests, Even When You Are INNOCENT...