Home News Should We Be Like Iceland? A Controversial And Alternative Approach To Economic... 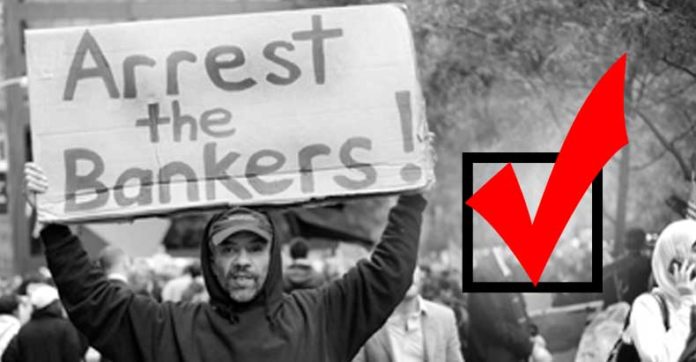 In the midst of a viral meme claiming that the US (and other European nations) should “be like Iceland” and the recent claims that Wall Street owns the US government, this is a glimpse into what really occurred in Iceland during the 2008 financial collapse and how some speculate we could have learned from it.

Is everything in the meme regarding Iceland’s economic solutions and recovery true? Upon further research, it is surprising to report that yes, it is. Of course, these are only small statements meant to represent a portion of the big picture and it makes no mention of how the country reacted and how the rest of the world was impacted. As with the Denmark meme regarding their own economic policies, this meme leaves a lot to be desired and must be broken down to understand if the US can extract anything from Iceland’s economic solutions.

Based on comments from when the meme was originally posted, one of the biggest criticisms is that Iceland is incredibly small compared to the US population and policies that they implement could never work here. The criticism of the size comparison is completely reasonable; Iceland has 0.1% of the population that the US does, but it is hardly fair to say that nothing in their strategy is worth learning about. Though they may have only had 3 banks fail in their collapse, compared to our 465 between 2008-2012, their collapse in comparison to the US collapse, their collapse based on the size of their economy was the “largest experienced by any country in economic history.” So although there is a size differentiation, their stakes were raised even more by the size of their collapse relative to their population and economy, yet they managed to do what no other country did under the same circumstances: they let their banks collapse.

Their three biggest banks collapsed in 2008 and caused massive problems for the country, its shareholders, and foreign investors overnight. Iceland nationalized one of their banks, as the US did with a few of theirs, and broke the other two big banks up into smaller, new banks in order to continue running domestic operations. Instead of forming a bailout program like George W. Bush did for the US with TARP, the Troubled Asset Relief Program, Iceland took other steps to control their currency and domestic impact. After letting their banks fail, they then devalued their own currency, introduced capital controls to control the money coming in and out of their capital account, and got out of paying the minimum deposit guarantees to Dutch and British investors. This last move was huge, as it allowed the country to invest more in its own citizens by forgiving mortgage debt rather than worrying about the fallout for other nations. Was this a selfish strategy? Perhaps, but in such a crisis, one can argue that they needed to first get their country and citizens back in order before they could worry about the rest of the world and properly assist in the overall crisis.

All of these measures were not, however, produced from the same government that was in place when the economy first collapse. It is important to note that there was a period of political unrest within Iceland with protests demanding for the resignation of their current government and for a new election to be held. As a result, the government did resign, elections took place, and they elected a new left-wing government in 2009. So although the government responded swiftly to the demands of the people and favored their rights over the bank’s, unrest amongst the people was still unavoidable.

Another huge step that Iceland took was they prosecuted the criminals responsible for the collapse in their country. Not only did they prosecute them and send many of them to prison, they made them pay off loans for some of the consumers and sign documents that forgave mortgage debt, sometimes for even more than the property value. Of course this didn’t solve their problems overnight, and today, just like in the US, there are still issues of unemployment and GDP that are recovering from the shock of the collapse. However, they have been hailed as having recovered much more quickly than many other nations in the same situation.

The question remains: is there something that the US could have learned from Iceland in the wake of economic turmoil? The answer is yes, always, because we can all learn from each other, even if the lesson is what not to do. However, I think there is something to be said about every step of their strategy. The US couldn’t simply let their banks fail because the experts and leaders in the economic industry didn’t even see it coming, despite warnings from some of the people within their field. We could, however, have allowed more of our banks to receive no support at all and better regulate the funds we delegated to banks we did bailout to ensure that the money was going to the right place or instead used some of that $700 billion to citizens to forgive mortgage debt or pay off their loans. Instead, what we got was an unregulated program that eventually led to investigations and prosecutions for fraud because the bank owners were still just using it to turn a profit or telling investors that their invested money was going towards the program. Additionally, only one top banker went to jail for the crimes they committed and the turmoil they caused. Certainly, at the very least, we could have prosecuted more bankers and filled their positions in order to send the message that this greedy and reckless behavior within our economy would not be tolerated.

Though it’s hard to say what would have happened if we had taken the same approach as Iceland with our collapse since it is all just speculation, one thing is for certain: big banks received little to no punishment, though the impact was global, and learned nothing from their actions. In the words of Mark Baum from the movie The Big Short about the years leading up to the crisis, “The whole time we were wondering how the big banks could be so stupid… They didn’t care. They knew the tax payers had to bail them out.” And that we did.

Watch: Neo-Nazi Leader Cries Like A Baby Because He’s Wanted For Arrest