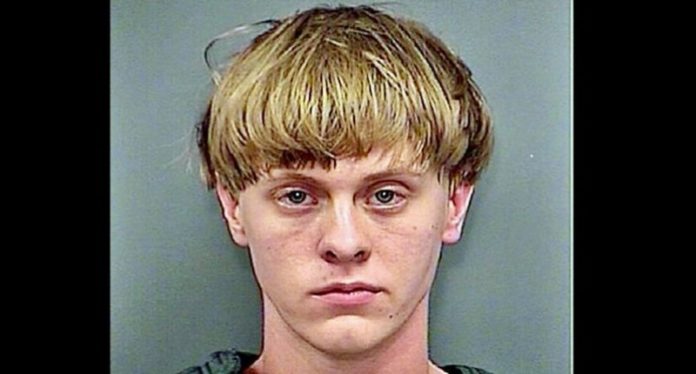 A federal prosecutor argued on Tuesday that convicted racist murderer Dylann Roof should be sentenced to death for slaughtering nine people at a Bible study meeting at a historic black church in Charleston, South Carolina.

“Assistant U.S. Attorney Jay Richardson reminded jurors that Roof, a 22-year-old white supremacist, sat with the parishioners at Emanuel African Methodist Episcopal Church for 40 minutes on June 17, 2015, before opening fire as their eyes were closed in prayer,” reports Raw Story.

“The defendant had come not to learn, but he’d come with a hateful heart and a Glock 45,” the prosecutor said during his closing argument for the penalty phase of Roof’s federal trial.

Based on his actions, Roof clearly went in to murder people because they were not white.

“Roof pulled the trigger 75 times as he walked around the room, methodically executing the churchgoers,” Richardson said.

Roof, who chose to represent himself rather than have an attorney, is expected to address jurors before they decide whether he should be killed or remain in prison for the rest of his life.

U.S. District Judge Richard Gergel warned Roof he will not be allowed to discuss his racist ideology or anything not submitted as evidence during the trial.

The unremorseful Roof was found guilty of 33 charges, including hate crimes resulting in death. He has the same jury for the penalty portion of his trial.

If jurors do not unanimously agree that Roof needs the death penalty, then he will be sentenced to life in prison without possibility of parole, Gergel said.

Jurors heard four days of testimony from prosecution witnesses during the trial’s penalty phase, including family members and friends who offered heartrending memories of the shooting victims.

Roof put up no defense against the death penalty. He did not cross examine witnesses, rarely objected to evidence and stared straight ahead, unmoving, without looking at family members who testified.

We should soon find out what will come of this racist murderer. Share your thoughts below to let us know what you think should happen to him.

“Stop These Murders” — Independent Cancer Researcher Says She Was Threatened Over Apple Seeds,...

Unarmed Black Man Shot In The Back While Lying On The Ground, Mainstream Media...