Since November 2016, the Wauwatosa Police Department has sat on a very sensitive open records request. Cop Block contributors requested the resignation letter of former detective Robin Schumacher. She’d left WPD in 2013 after ending a lofty legal drama in a $77,000 settlement. Her letter, sources report, detailed how she’d been targeted with harassment by fellow officers.

Morrison later stated the letter was awaiting inspection at WPD station at the front desk. A .25 cent fee, Morrison emailed, would be required if we wanted to take it. Morrison–who handled many Jay Anderson FOIA’s–was promoted to lieutenant after no charges were issued to Anderson’s shooter, officer Joseph Mensah.

When contributors arrived, however, no charge was attached to the letter. Despite this ease, the typed document provided by WPD was barely three sentences long. Chief Barry Weber’s and Schumacher’s signatures appeared to be the only non-typed words. A 2015 Wauwatosa Now Piece, however, cited Schumacher’s letter as naming “at least five officers in connection to the harassment”.

Schumacher reputedly faced “harassment” from when she has hired in 1999, to her resignation in 2013. “My parents instilled a fight in me”, Wauwatosa Now says Schumacher wrote in her resignation letter. “The Wauwatosa Police Department completely broke that spirit”.

Schumacher left two months after being accused by WPD of stealing drugs from the evidence room. WPD claimed several prescription pills were recovered after executing a search warrant of her home. Pleading not guilty, Schumacher was convicted of three misdemeanor possession counts, and one paraphernalia. A judge, however, waved a 25 month prison sentence favoring 30 months probation.

Oddly enough, WPD waited two years before issuing charges for the alleged pills. The case was bumped to Walworth County Circuit Court, where  it ultimately played out. Walworth County District Attorney Daniel Necci said his office wasn’t the reason for the hold up.

Wauwatosa PD claimed the delay “may” have been due to other pending charges. Robin Schumacher’s sexual harassment complaint was filed when she left in September 2013. Chief Barry Weber, who largely wouldn’t comment, insisted Schumacher was leaving because of her drug charges.

Wauwatosa Now stated it obtained the resignation letter, and an addition 26 page document, from the DWD. In the longer document, Schumacher states she was harassed because she’s gay. “I am a shattered person”, read her letter, “after all the experiences I’ve been through with supervisors at Wauwatosa PD.” When FOIA’ed regarding complaints Schumacher may have filed, WPD stated none existed.

These were some forms of harassment Schumacher described in DWD’s report, Wauwatosa Now reports.

The city of Wauwatosa, however, went on a smear campaign of the detective. I actually recall Schumacher’s drug case appearing while researched for the documentary Speak Friend And Enter. However, these were all essentially the same article on repeat. I didn’t locate anything on the lawsuit until recently, after Jay Anderson was killed by WPD. Wauwatosa, as a city, insists Robin Schumacher was a drug addict who’d resigned to avoid being fired.

One day, Schumacher states, while using a machine, she was electrocuted and thrown 10ft across a room. Her bra wire had apparently been charged by the devices use. Medics told supervisors and staff to leave, as Schumacher would need to be undressed. One refused, however, and later mocked the detectives “saggy tits.”

During the drug investigation, Schumacher was ordered to clean out her desk–containing her pills–and was suspended. When she returned, the supervisor wouldn’t allow her to reclaim her medicine. “He had taken my dignity, my professional reputation, my safety while working, my self-esteem, self-respect, self-confidence, my voice, my medications that directly affected my physical health and my mental health”, she wrote in her letter. “I could not function”.

Robin Schumacher left investigators with this resounding statement. It’s something that exemplifies the extremely questionable nature of Tosa PD. From the execution of a massive and violent drug/fort crackdown against teens, to the covering up of Jay Anderson’s killing.

“When I was interviewed by the district attorney’s office, I shut my mouth about our departmental issues. I didn’t speak up about the truth. I know I was more fearful to speak up about these issues than to save myself because my self-worth was taken from me at work. I know I was miserable the day I was arrested when I would rather be thought of as a junkie by the district attorney’s office rather than explain everything I have addressed above.”– Robin Schumacher

There you have it, she’d rather take the fall than face WPD. Mind you, all of that was written down in her resignation letter, according to Wauwatosa Now. Therefore, the so-called “document” provided to Cop Block is highly suspect. Whether parts of the letter were inappropriately deleted, or if it’s a forgery entirely remains to be seen. However, Wauwatosa Now’s work with the Schumacher case brings this question to the forefront.

If the document was tampered with or improperly release, then it adds to the mountain of claims against Wauwatosa PD. While the shooting of Jay Anderson is the most recent example of this pattern, it’s not alone.

Tosa PD’s closet is full of skeletons far older than even it’s crackdown on teens from 2012-2014. How far back does it even go? Who all has been silenced and threatened, or sacrificed?

These are questions Wauwatosa residents desperately need to start asking themselves immediately. If they don’t, then there will be more Robin Schumacher’s, Jay Anderson’s, and crackdown’s. One’s which you’ll never know about until it directly affects your life. Ask yourself, why does it have to go that far to matter?

Schumacher hasn’t responded to requests in the past by other outlets for comment on the case. Cop Block contributors contacted her for comment on the Jay Anderson’s case months ago. She was raised again for any general comment on WPD, and what goes on inside it’s walls. We’re still waiting. 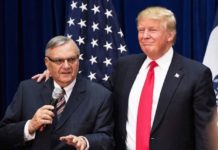 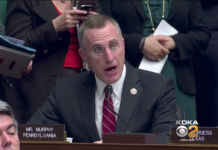 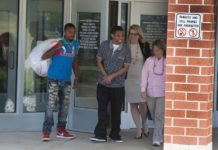