Environmental volunteers and The Toronto Star uncover mercury contaminated soil around shuttered plant, amounting to ‘more than enough of a smoking gun to require a full investigation’.

An investigation by environmental volunteers and The Toronto Star has uncovered the “bombshell revelation” that soil surrounding an old paper mill is contaminated with mercury, amounting to what many are calling a “smoking gun” in the ongoing poisoning of the Grassy Narrows First Nation community.

The reporting, published Thursday, said that soil samples collected by volunteers from the organization Earthroots as well as The Star reporters were found to contain “hundreds of times the level of mercury found in a nearby uncontaminated site,” the organization said Friday.

“Mercury contamination, a serious health risk, has plagued the indigenous community in northern Ontario for decades,” The Star reported. “Dangerous and persistently high levels of mercury in the sediment and fish in the river system suggest there is an ongoing source, but the province has denied the possibility that the site of the old mill—100 kilometres upstream from Grassy Narrows—could be responsible.”

Canadian author and activist Naomi Klein described the reporting as “bombshell revelations,” while former environmental commissioner for Ontario and chair of Earthroots Gord Miller told the newspaper that now “[t]here is more than enough of a smoking gun to require a full investigation.”

The soil samples were reportedly taken “from an area circled on a map by retired mill worker Kas Glowacki, who said that in 1972 he was part of a group who ‘haphazardly’ dumped drums filled with salt and mercury into a pit behind the mill.”

Last year the current environment minister claimed that his team was unable to find the buried barrels near the site of the old Dryden mill and thus said “there is no [ongoing] source” for the contamination—contradicting the findings of a government-funded report commissioned by the tribe which concluded that the “surprisingly high” mercury levels point to either a “new source of contamination” or ongoing leaching from the shuttered plant.

Responding to Thursday’s news, the Council of Canadians pointed out that “It cost less than $1000 for #earthroots to find the mercury the province claimed wasn’t there.”

Now, advocates say the government has no choice but to conduct a sweeping investigation and clean-up of both the Wabigoon River system and the toxic plant site.

Poisoning of people in #GrassyNarrows isn’t historic. Its ongoing. @JustinTrudeau community is calling you. no selfies needed just action

“We have an allegation of an improper disposal of this material. We’ve gone in and done some preliminary sampling. We found some anomalies,” Miller told the newspaper, further noting that the government’s previous search was “not good enough,” and that a “full and thorough investigation” must be done over a large area.

“Would the government treat toxic threats like this so negligently if they were in Toronto?” asked David Sone, Earthroots’ director of Northern Ontario Campaigns. “Ontario has consistently looked the other way and refused to make things right, even in the face of ever mounting evidence that there is an ongoing health and environmental crisis unfolding on their watch.”

The tribe is asking supporters to contact Ontario Premier Kathleen Wynne and demand that the government “find and stop the ongoing source of mercury and clean up the mercury poisoning from their river.”

For decades, the Grassy Narrows community has suffered from Minamata disease—also known as methylmercury poisoning—the symptoms of which include neuromuscular problems, like loss of co-ordination and trembling, as well as psychiatric effects such as depression, anxiety, and self-injury. The most severe cases result in paralysis, coma, and death.

Japanese scientist Dr. Masazumi Harada, who began studying Grassy Narrows in 1975, returned in 2004 and found that a full 79 percent of the 175 people tested “had or may have had Minamata disease.” Despite the decades-long crisis, the community continues to seek compensation and a full investigation into the extent of the contamination.

When questioned about the new findings, a spokesperson for the the pulp and paper company that now owns the site, Domtar, expressed “surprise” that the The Star had “disturbed private property without permission.” 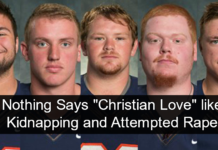 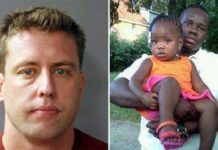 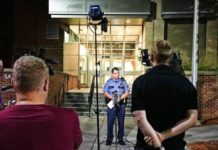 Campus Security Guard Accidentally Shoots Himself, Then Blames Made up Black Man to Cover It Up

Chester Bennington Was About To Expose The Truth Behind Chris Cornell’s Death – Anti...