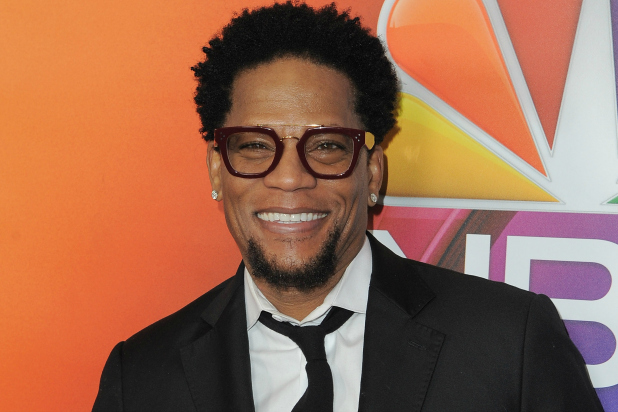 DL Hughley made a video attacking Donald Trump and the black celebrities Trump is using to attempt to deceive Americas into believing he cares about black people.

HipHopWired reports on the one thing all the black people invited to Trump Tower have in common. The are all famous entertainers or athletes. To show how much Trump cares about black (or any non-white) civil rights, he recently insulted civil rights icon John Lewis.

Kanye West, Ray Lewis, Jim Brown and Steve Harvey have all been seen publicly with the president-elect, supposedly meeting with him to discuss ways to benefit the black community. But Hughley isn’t buying it.

“It amazes me that to convince Black people that Donald Trump cares about them, he takes pictures with celebrities,” he said in his social media video. “If Donald Trump cared about Black people, he would not have denigrated the President with those claims of ‘birtherism.’ He would not have stoked fears and racist fears, saying that this man is less than, or not one of us to become President.”

Hughley goes on to point out how Trump prefers black people as entertainers rather than in positions of running important things.

“You know why you have a comedian, rapper and football player out to talk about the concerns of the community,” he later added. “Because that’s the positions you’re used to seeing us in. You’d rather have Black people as comedians, football players and rappers than the President. You’d rather see us run the ball than run the country. ”

He finishes with a resounding: “F*ck you now and f*ck you forever.”

It looks like Hughley will not be invited to Trump Tower anytime soon.