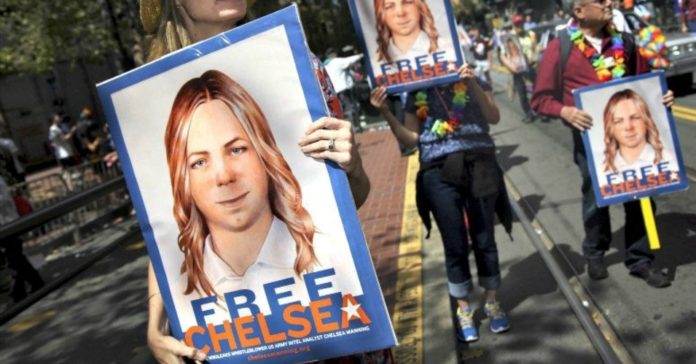 President Barack Obama has commuted noted whistleblower Chelsea Manning’s prison sentence, and Manning will be released on May 17 of this year.

While Manning was reportedly on Obama’s short list for commutations, many were shocked that the president—notorious for dealing harshly with whistleblowers—followed through.

Human rights defenders, government watchdogs, and LGBTQ advocates have long been pushing Obama to commute Manning’s 35-year sentence, particularly as Manning, who is transgender and is being denied appropriate healthcare in military prison, has attempted suicide twice in the past six months.

“I’m relieved and thankful that the president is doing the right thing and commuting Chelsea Manning’s sentence,” said Chase Strangio, a staff attorney with the American Civil Liberties Union’s LGBT Project representing Manning, in a statement.

“Since she was first taken into custody, Chelsea has been subjected to long stretches of solitary confinement—including for attempting suicide—and has been denied access to medically necessary health care,” Strangio added. “This move could quite literally save Chelsea’s life, and we are all better off knowing that Chelsea Manning will walk out of prison a free woman, dedicated to making the world a better place and fighting for justice for so many.”

Progressive commentators, journalists, rights advocates, and others celebrated the news on Twitter:

Chelsea Manning is probably the most empathetic person I’ve ever met. So thrilled!! Can’t wait to see what she does. My clemency letter: pic.twitter.com/j9CQhRmxhm

(from Nika Knight for Common Dreams)

As Everyone Watches The Inauguration, Violence Returns To Standing Rock – Anti Media News

China Sends a Forceful Message to the U.S. In the East China Sea –...

Hundreds Of Untested Rape Kits Were Found At The Austin Police Department Covered In...