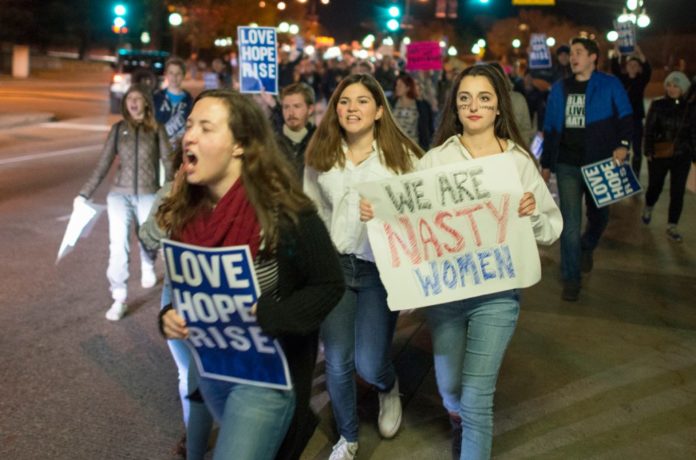 For the past several weeks, Republicans in 5 states have proposed laws that will criminalize or discourage peaceful protests, like those by Dakota Access Pipeline opponents and Black Lives Matter.

The Des Moines Register reports that Iowa Rep. Bobby Kaufmann, R-Wilton plans to introduce a bill that will:

…establish new criminal penalties for protesters who shut down highways, like those who briefly closed Interstate Highway 80 in Iowa City during a protest against President-elect Donald Trump last week.

Two laws were passed by the Republican-majority State House: HB 4630, which makes it easier for companies to replace striking employees, and HB 4643, which increase penalties for striking workers and allows employers to stop picketers without showing any harm was actually done to their business:

A proposed law by Republican Representative Kathy Lohmer would make it a gross misdemeanor to protest on a road, increasing jail time from 90 days to 1 year:

Except for the actions of the road authorities, their agents, employees, contractors, and utilities in carrying out their duties imposed by law or contract, it is a gross misdemeanor to intentionally obstruct traffic entering, exiting, or on a trunk highway.

House Bill No. 1203 legalizes the running over of protestors on the road:

Notwithstanding any other provision of law, a driver of a motor vehicle who negligently causes injury or death to an individual obstructing vehicular traffic on a public road, street, or highway may not be held liable for any damages.

Notwithstanding any other provision of law, a driver of a motor vehicle who unintentionally causes injury or death to an individual obstructing vehicular traffic on a public road, street, or highway is not guilty of an offense.

State Senator Doug Ericksen plans to propose a law this month that would make protests a class C felony if they become what he labels “economic terrorism”, reports local news Seattlepi:

The legislator who loves refineries and proposed coal ports would create the felony crime of “economic terrorism” to be applied to protesters who block railroad tracks and anyone whose body obstructs the carbon economy.

Why are Republicans trying to pass these anti-1st Amendment laws and hinder public dissent in their state? It couldn’t be because they expect nationwide protests against Trump’s future actions, could it? 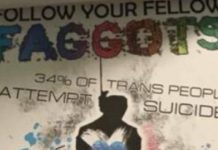