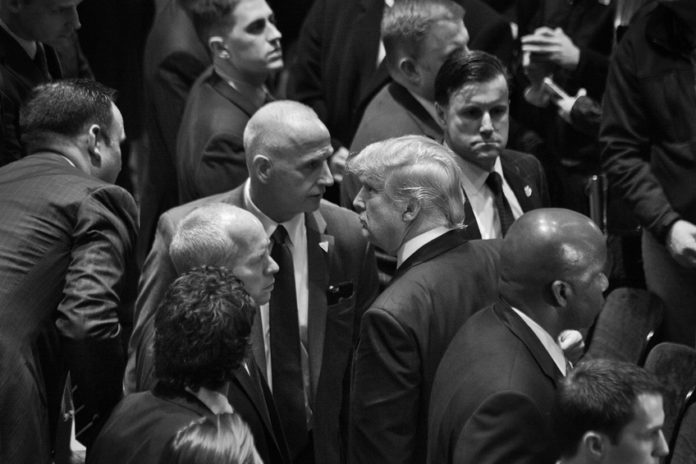 British politician George Galloway has warned Donald Trump the American deep state is engaged in a “soft coup d’etat” and the CIA is planning to assassinate him.

“There is a clear and present danger on his life. If I were him, I wouldn’t be going near any grassy knolls.

I’d be very careful if I was Donald Trump about my personal security. I think I’d have to employ guards to guard the guards.“

Galloway, who has served 31 years as an elected British Member of Parliament, also dismissed claims that Russia was interfering in US politics – and instead pointed the finger at British intelligence services.

“It turns out it was Britain that was interfering in the US presidential elections – not Russia.

At least I’ve seen no evidence the Russians were, but there is plenty of evidence emerging about the British role.

The press conference of Donald Trump in Washington yesterday was marked by a kind of hysteria about a dossier, a very interesting file, that had been compiled by a British intelligence official.

I can’t mention his name or else they’ll have to kill me, although it is easily accessible on the internet.“

Galloway pointed out that British intelligence services have a long history of producing forged documents to smear and bring down world leaders.

“In 1925 something called the Zinoviev letter helped to bring down the first ever Labour government in Britain. It purported to be a letter from the head of the Comintern, Gregory Zinoviev, to his lieutenants in British politics, giving them their marching orders and in particular inciting them to acts of sedition with the the British miliatry forces.”

“This bought down the Labour Prime Minister even though it was quite quickly proved to be a forgery that had been produced by, you guessed it, British intelligence services. That bought down the Prime Ministership of Ramsey MacDonald – and this one is aimed at another Donald. Donald Trump.“

“The coalition that is assembling in Washington against him is not only the usual suspects. It is not only the military industrial complex that General Eisenhower, a Republican president of the past, warned us about. Its not only the spy agencies that have killed political opponents, from Patrice Lumumba, through Salvador Allende, Diệm in Vietnam and many others. Its not only the War Party, personified by Senator John McCain.”

“They have been joined by a new element, that is very virulent indeed.  That new element is people who at least until now would have been defining themselves as liberals, as on the left, as progressives. So hostile to Trump are they, that they have become embracing the worst people in the world. The David Frums, the John McCains. They have embraced the CIA, that once upon a time they would have known were their natural predators.”

“And that bizarre coalition, the War Party, the liberals, the spy agencies, the military industrial complex – which stands to lose almost everything if tension in the world, war in the world, becomes a thing of the past. That’s a very toxic and dangerous coalition.”

Goldman-Sachs Caught Manipulating US Dollar — No One Arrested, Slap On Wrist Instead –...