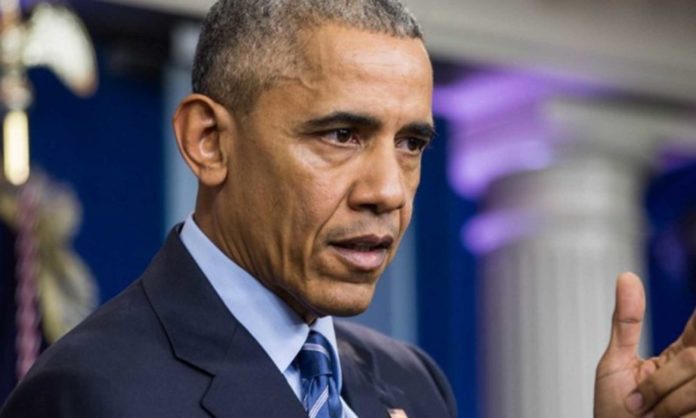 President Barack Obama’s last press conference was a success, but only if you consider journalistic incompetence worthy of praise.

During the one-hour affair, Obama answered questions ranging from the commutation of whistleblower Chelsea Manning’s sentence to personal queries concerning his and First Lady Michelle Obama’s approach when talking to their daughters about the 2016 election — not quite a hard-hitting last inquiry for an outgoing president who, as the Los Angeles Times recently noted, managed to keep U.S. military forces “at war for all eight years of [his] tenure.”

But despite the media’s toothless strategy — showing the established press doesn’t understand its own role in a free society — the outgoing president made at least one admission most of the media has also ignored.

Around the eight-minute mark of the press conference, Obama says he hasn’t “commented on WikiLeaks generally,” and that the “conclusions of the intelligence community with respect to the Russian hacking were not conclusive as to whether WikiLeaks was witting or not in being the conduit through which we heard about the [Democratic National Committee] DNC e-mails that were leaked.”

To Craig Murray, an author, broadcaster, and human rights activist, Obama’s comment clarified that the U.S. government has “no evidence of how WikiLeaks got the DNC material.”

Obama’s statement is important, Murray continues, because it “undermines the stream of completely evidence-free nonsense that has been emerging from the [U.S.] intelligence services this last two months, in which a series of suppositions have been strung together to make unfounded assertions that have been repeated again and again in the mainstream media.”

Referring to the emails “that were leaked” and not the servers that were hacked, Murray adds, Obama appears to agree with several experts on this subject, making it clear the entire ordeal revolving around the alleged Russian interference in the 2016 presidential election is but a smokescreen.

“I have been repeating that this was a leak, not a hack, until I am blue in the face,” Murray added. But he isn’t the only one. William Binney, a whistleblower who previously worked as Technical Director of the National Security Agency (NSA), has also stated this incident wasn’t a hack. It was a leak.

If it had been a hack, Binney said, the NSA would be able to provide the public with details regarding the actual attack. But from the reports presented so far, that’s clearly not the case.

Adding that Obama’s reference to the leaked material “appears very natural, fluent and unforced,” Murray celebrates, saying that it “is good to have the truth finally told.”

Black Woman Is Protesting The Removal Of Jefferson Davis Statue In New Orleans –...

White Male who Shot and Injuried Two Police Officers Was Apprehended Without Incident –...