Home Government Until He Shows Respect, We Owe Donald Trump Nothing But Resistance –... 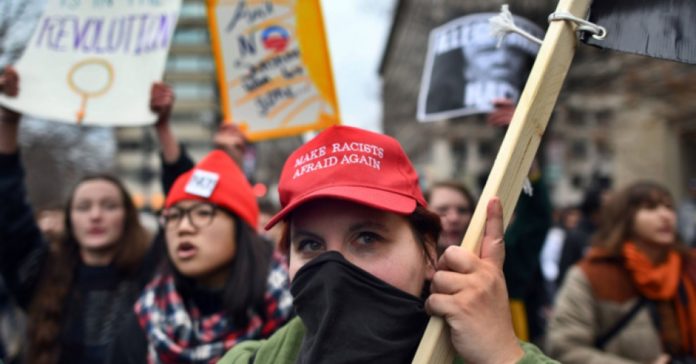 A Swedish language version of this article ran today in Aftonbladet, a daily newspaper in Sweden.

Today, Donald John Trump was officially sworn in as the 45th President of the United States of America. Trump supporters will argue that, as President, he is deserving of our respect. He won the election, we will be told, and he is our leader, whether we like it or not. It will be argued that all Americans (myself included) should honor the position that the President holds.

Finally, we will also be told that those who criticize Trump – such as politicians and journalists – will do so only because they are ideologically opposed to him.

These are arguments that both US and world citizens, regardless of their ideology or party allegiance, should resist.

And, what of the last point? That those who publicly criticize Trump do so only because they are “biased” and are ideologically opposed to his worldview? Let us consider the following about our new President:

Are these political issues? No. Are they questions of ideology? No. Is being disturbed by the idea of having a President who bragged about grabbing women “by the pussy” a sign that a person is politically biased? Not unless you think that being in favor of sexual assault is a valid political position. Revulsion at the list above is a sign of humanity and decency, not political opportunism.

So, as Donald Trump takes office today, let us remember that, in every county, resistance to bigotry and hatred should not be restricted by party lines or ideology. Democracy simply cannot function in an environment of insult and intimidation.

President Trump owes citizens of the United States, and the world, respect. Until that is given, we owe him nothing in return.