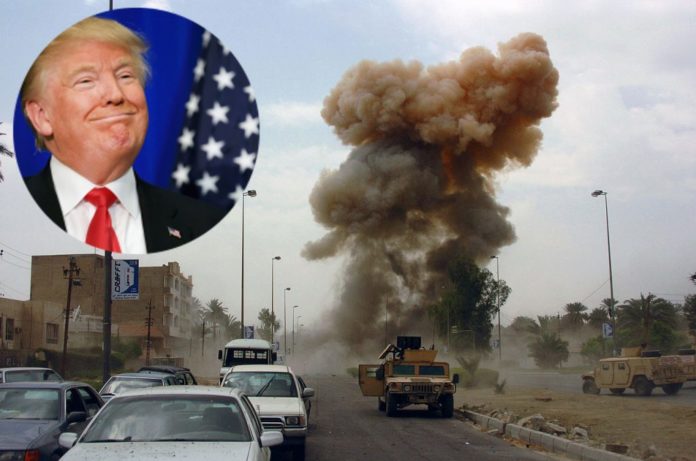 Trump may have just signaled his administration plans to invade Iraq. In Trump’s speech at CIA headquarters, he starts talking about how America got out of Iraq wrong and “we should have kept the oil”. After the CIA in attendance laugh at what is not funny at all, Trump shockingly states: “maybe we’ll have another chance”.

In another part of the speech, Trump says, “we’ve been fighting these wars longer than we’ve ever fought, we have not used the real abilities that we have, we’ve been restrained.”

You can see the video clip below and listen to the full speech here.

Trump is the President now and is not in campaign mode. Does he plan to invade Iraq for a third time just as the two previous Republican Presidents did?

3 Black Men Charged After Being Hit by a Truck, No Charges For Driver

In 1985 Police Dropped A Bomb On A West Philly Neighborhood; Killing 11 And...