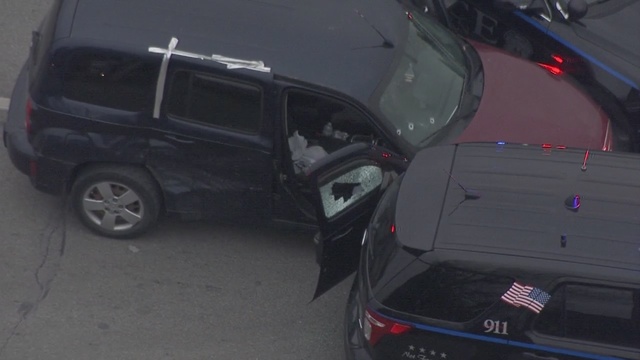 Police have released the dash cam footage of the shooting death murder of Janet Wilson in 2016 – but only after a “self-defense” ruling was handed down in favor of the police. Keep in mind that Dearborn Police Cpl. James Wade III, who was the primary aggressor in the murder of Janet Wilson, has a long history of being an aggressive officer who has intentionally provoked confrontations in the past, some of which has lead to the death of citizens.

In the video, you can hear sirens scream as three Dearborn police officers are seen surrounding Janet Wilson’s car near Fairlane Town Center mall. The police yell for Wilson to stop the car. Less than 10 seconds later, Janet Wilson is dead – from a hail of bullets from officers who, yet again, where scared for their lives.

Autopsy reports show that Wilson was struck three times in the chest and once in the arm.

After the needless murder of a mentally ill woman, one of the cops can be heard ‘reassuring’ the other murders that what they did was okay.

Prosecutor Worthy’s decision not to charge is another example of how the criminal justice system is ill-equipped to deal with fatal police shootings and rogue police officers who use excessive force against citizens. 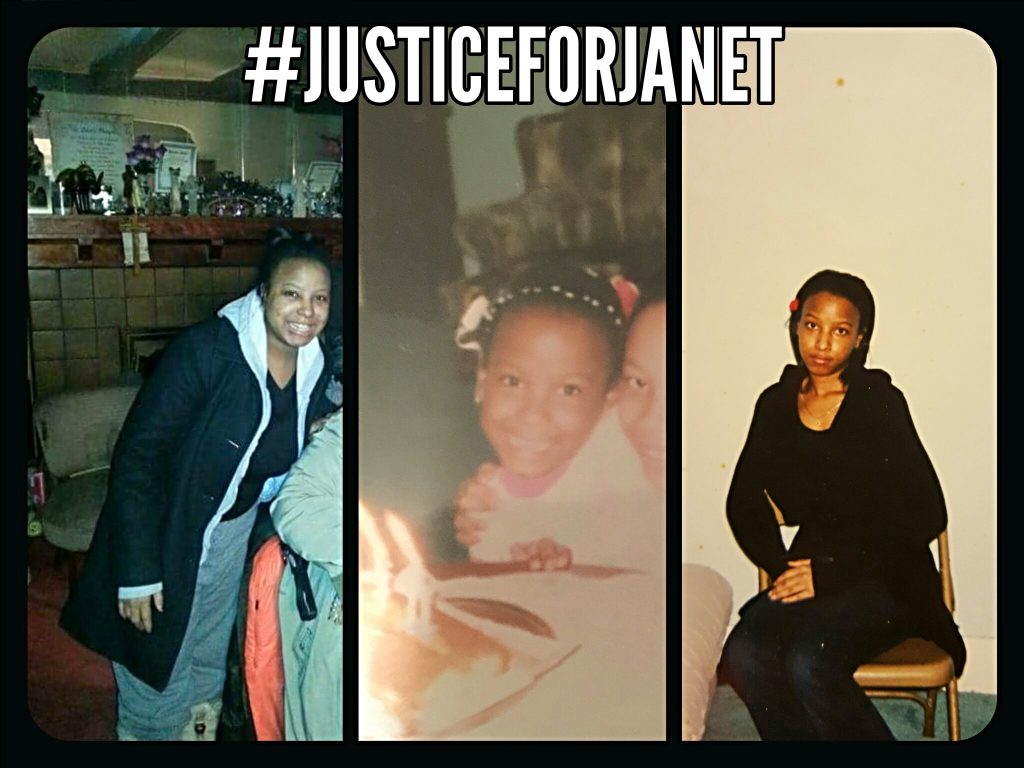 Nearly a month before Wilson’s death, Dearborn police fatally shot Kevin Matthews, 35, after a chase that ended with a struggle in a Detroit neighborhood. Like Wilson, Matthews didn’t have a gun and also dealt with mental illness. However, police claim there were no witnesses to Matthew’s murder, and for some unknown reason, there is no dash cam footage of the shooting.

The officer who killed Wilson doesn’t have a spotless record as a law enforcer.  There have been at least three internal investigations of incidents involving Wade, including an arrest made at Fairlane Town Center mall in Dearborn in April 2015.

Wade smashed out a suspect’s window and provoked a potentially lethal confrontation, supervisors found. It was about 6:30 p.m., April 9, 2015 when police, including Wade, responded to the parking lot of the mall near the Star Fairlane movie theater entrance.

Security guards called police after kicking an unruly group out of JC Penney. They were discussing the encounter when they spotted the suspects, four men and a woman, driving through the parking lot toward them in an SUV.

“Security pointed toward the vehicle and advised … they had made reference to having a gun in the vehicle,” Wade wrote in a police report obtained by MLive. Officers approached from both sides of the SUV, all of them noting in their reports that the windows were heavily tinted and there was motion inside. The occupants refused to exit, unlock or open their doors, but the driver did partially roll down his window to speak to police.

“Listen, my man. You’re making a big mistake,” an officer said in dash-cam video of the encounter. Wade walks up and reaches into the SUV through the partially open driver’s window.  “No” and “stop, stop, stop” can be heard coming from inside, along with other inaudible exclamations.

While not clear in the video, Wade wrote in his report he was attempting to pull the keys from the ignition and roll down the windows. “As I reached into the interior of the vehicle (redacted name) grabbed my hand and fingers and attempted to twist it, preventing me from turning off the vehicle,” Wade reported. Wade backed off and warned he was going to break the window. Seconds later, the window shattered.

Some of the occupants fell, were thrown or were otherwise “guided” — the word Wade used in his report — to the pavement as more and more officers arrived to handcuff and arrest the suspects. Police found no gun, though an officer wrote in his report there was a brown Vaseline bottle he mistook for the butt of a rifle or shotgun. The mall incident was later reviewed by Dearborn Sgt. Jeremy Long, who determined that Wade’s decision to reach into the window unnecessarily escalated the already “dynamic” situation.

“Cpl. Wade’s decision to reach into the SUV put him at risk,” Long wrote. “There was no way for him to know if there was a gun in the car or who may be in possession of it. “Cpl. Wade’s actions set in motion a chain of events that could have had dire consequences. Had (the driver) driven away while Cpl. Wade was reaching into the car, Cpl. Wade could have been seriously injured. Additionally (other officers) may have been compelled to use deadly force.”

Another internal investigation involved injuries Wade inflicted on a prisoner being booked on Dec. 27, 2014 following a drunk-driving arrest. Wade forced the arrested man’s head against a sign that had a protruding screw, which caused the injury, according to a March 26, 2015 internal memo written by a Commander D. Robinson. The police department, Dearborn City Council and the city’s legal department denied MLive’s request for video of the incident. They cited prisoner privacy rights as the reason.

A third internal investigation involved a near-collision involving Wade, who was trying to stop a fleeing vehicle April 1, 2012.

24 Years Ago Today, US Govt Used Chemical Weapons On Its Own People, Killing...