Home Politics Black Men Are Lazy and the Cause of Poverty in the United... 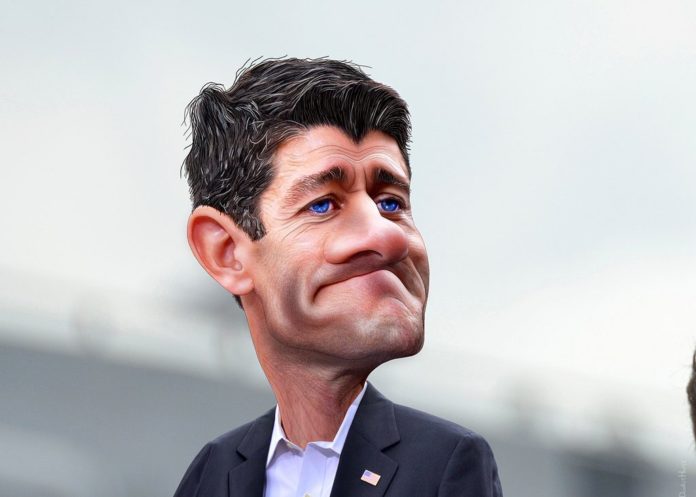 On the conservative radio show ‘Morning In America’, hosted by Bill Bennett, Republican Wisconsin Representative Paul Ryan was the guest. Before right-wing radio, Bennet’s previous job was Secretary of Education under President Reagan. He’s also known for being hypocritical: He gambled away millions while preaching morals and values at the same time. Paul Ryan was on Bennett’s show to discuss his House Budget Committee’s report called ‘War on Poverty: 50 Years Later’. In this report, Ryan states that the root cause of continued poverty in America is actually anti-poverty programs developed under President Lyndon Johnson and the Presidents since.

Ryan used thinly-veiled, coded language during the interview when he claimed that black men are perfectly satisfied with being poor and do not wish to have a job with a working wage. He also said that previously developed anti-poverty programs by the government and non-profits create a culture of laziness. He expanded on this by recommending that wealthy white people from the suburbs should spend extra time mentoring black people in the inner-city. So the answer for those living in poverty without employment opportunities is to have someone whitesplain the tired old “pull yourself up by your bootstraps” line?

Read more of Ryan’s outrageous comments to Bennett below:

”You know your buddy (conservative scholar) Charles Murray or (public policy professor) Bob Putnam over at Harvard, those guys have written books on this, which is we have got this tailspin of culture in our inner cities, in particular, of men not working and just generations of men not even thinking about working or learning the value and the culture of work; and so there’s a real culture problem here that has to be dealt with. Everybody’s got to get involved. So, this is what we talk about when we talk about civil society. If you’re driving from the suburb to the sports arena downtown by these blighted neighborhoods, you can’t just say: I’m paying my taxes,  government’s going to fix that. You need to get involved. You need to get involved yourself – whether through a good mentor program or some religious charity, whatever it is, to make a difference, and that’s how we help resuscitate our culture.”

Why is Ryan saying this? To justify his party’s complete gutting of all social programs. Affluent whites will fill in the gap and provide inner-city black folks with mentoring. Sure! The same black people they moved far away from and into the suburbs. In Paul Ryan’s world, there is no reason to raise the federal minimum wage and unions should be eliminated because they drive away jobs due to their desire for an actual living wage for their members. With this mindset, average wages are lower and our social safety net is all but gone. But hey! Human kindness and the free market will solve it all!

What is disgusting is Paul Ryan’s implication that only black people use the social programs Ryan demonizes, and that all poverty is in the inner-cities. Ryan is furthering Ronald Reagan’s racist “welfare queen” myth from the ’80s. He is spreading the racism already prevalent on right-wing radio and within the Republican Party.

Oh, and who is this Charles Murray mentioned by Ryan? He is the author of ‘The Bell Curve’ and has argued that whites are genetically more intelligent than blacks! He has also made the claim that welfare has a negative effect on society, which is why he is Ryan and Bennett’s “buddy”. For years, white supremacists have used Charles Murray’s books and studies to justify their warped views.

Paul Ryan is loved by many in the Republican Party because they think he is intelligent when he attempts to back up his points with lots of numbers. However, his data is misleading and gives the false appearance that he is knowledgeable. It obscures his true mission: to force a ‘survival of the fittest’ vision of America, where the rich are helped in the hopes they will trickle down their wealth to everyone else.

“Officer of the Year” Admits to Raping 20 Male Immigrants, Not Charged as Sex...

BREAKING: AMERICA’S MOST POPULAR CHEESE RECALLED! IMMEDIATELY THROW IT AWAY!

Largest March For Native Rights In DC Ignored By The White House And Mainstream...