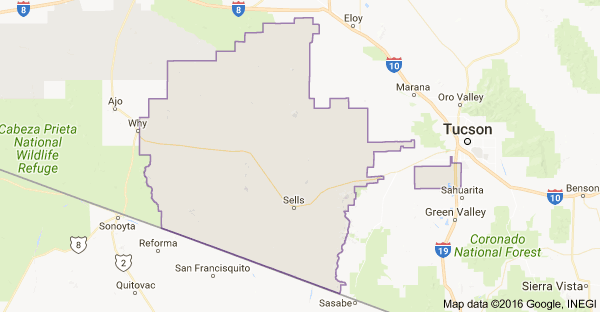 Tohono O’odham Nation Vice Chairman Verlon Jose says his fellow tribal members have gone back and forth between their tribal lands and Mexico which contains some of the tribe’s ancestral land since time immemorial.

“OVER MY DEAD BODY WILL A WALL BE BUILT,” JOSE SAID, DESCRIBING SOME HIS TRIBAL CITIZENS’ SENTIMENTS TO A LOCAL TELEVISION STATION. HE FURTHER SAID THE TRIBAL COMMUNITY WOULD NOT SUPPORT ANY WALL OF ANY SORT.

“I don’t wish to die but I do wish to work together with people so we can truly protect the homeland of this place they call the United States of America. Not only for our people but for the American people.”

Tohono O’odham Nation tribal officials say they would welcome a meeting with President-elect Trump to discuss the issue, as they have try to work with top federal issues for the progress of their tribe.