Home News Pope Called Out Trump For Being An Intolerant Racist – Anti Media... 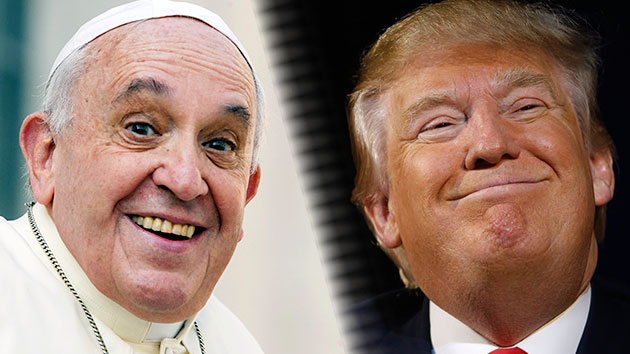 Pope Francis has probably been the most politically involved Pope ever, and his latest statements about President Trump’s new ban on Muslims is likely to leave The Donald in quite a tizzy.

It’s only been a matter of days since the ban on Muslims was enforced, and already its effects are being felt around the world. From angry Atheists who believe that all religious people are equally evil, to the devout Christians who actually try to practice what they preach, everyone is up in arms about the blatant discrimination of this very large group of people.

Finally, the Pope is reaching out to President Trump to say what every logical person is thinking. You can’t be a true Christian while rejecting refugees, Donnie.

“the contradiction of those who want to defend Christianity in the West, and, on the other hand, are against refugees and other religions.”

“This is not something I’ve read in books, but I see in the newspapers and on television every day.”

“The sickness or, you can say the sin, that Jesus condemns most is hypocrisy, which is precisely what is happening when someone claims to be a Christian but does not live according to the teaching of Christ. You cannot be a Christian without living like a Christian,”

“It’s hypocrisy to call yourself a Christian and chase away a refugee or someone seeking help, someone who is hungry or thirsty, toss out someone who is in need of my help.”

Francis continued by saying that every country in the world should:

“service to the poorest, the sick (and) those who have abandoned their homelands in search of a better future for themselves and their families.”

“In putting ourselves at the service of the neediest. we will experience that we already are united; it is God’s mercy that unites us.”

Pope Francis lending his voice to this matter let’s us know just how important this moment in time is. America can either continue down the dark and dangerous path it is headed down, or it can retreat back to the somewhat respectable reputation it once had.

The Sand Creek Massacre Is One Of The Most Heinous Atrocities Tn U.S. History...