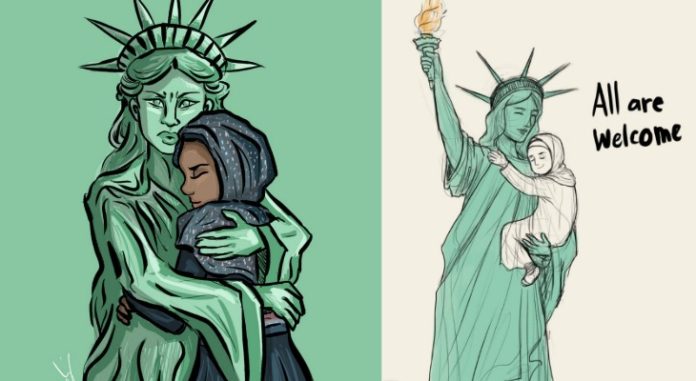 Artists have responded to President Trump’s ban which prevents citizens from seven Muslim-majority countries from entering the U.S.

Last Friday, President Donald Trump signed an executive order that suspends the entire U.S. refugee program for 120 days. In addition, people from seven countries have been barred from entering the nation for 90 days.

As was recently reported, the order resulted in mass confusion in airports around the world and has inspired both applause and uproar. Those who think history is repeating itself in an offensive way have not kept quiet, and some of those who oppose the ban have used their talents to draft artwork that sends an effective message.

It’s worth noting that artist Hank Green, who created many of the illustrations, has pledged to donate $5 to the ACLU Nationwide for each retweet his posts receive.

that we even need to fight for this says a lot about the state of our country @hankgreen #NoBanNoWall #MuslimBan #Muslimswelcome pic.twitter.com/hdOPRQGBNA

We’re Not Anti-Immigrant, They Say

.@hankgreen The #MuslimBan goes against everything we stand for in America
To the rest of the world- I’m so sorry. We do not stand for this. pic.twitter.com/u5gfnxUuIc

give me your tired, your poor, your huddled masses yearning to breathe free pic.twitter.com/bgaxI5uOuI

I felt like I needed to take another pass at this one- pic.twitter.com/9N1Il3qVoa 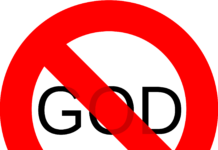 Anyone Who Remembers George Michael Only For His Music Is Missing The REAL Importance...

Kaepernick GETS AN AIRPLANE To Ship Food And Water To Distaster Striken Somalia –...