Home News Colorado Is Using $3 Million From Marijuana Tax To Provide Food And... 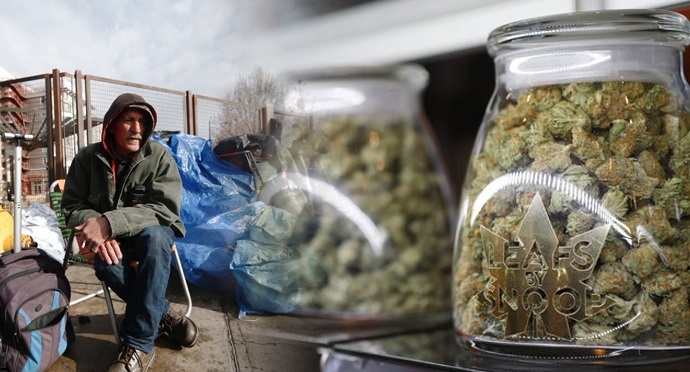 Since Colorado legalized cannabis four years ago, tax revenues from those sales have increased each year; the fiscal year ending in June 2016, for instance, netted nearly $70 million. It’s what is being done with those tax dollars that’s truly amazing, though!

Aurora, the third-largest city in Colorado, is using more than a third of it’s tax money to support local non-profit homeless organizations.

Over the course of the next three years, a total of over $3 million will be given to a series of groups across the city, all of which work tirelessly to provide hostels and food for the homeless community. The money will be paid out over the next three years, with $1.5 million promised before the end of the current financial year, which ends in June 2017.

The decision, approved in May 2016, is being lauded across the world for how it is benefiting the local community. As City Councilman Bob Roth notes, “We wanted to be able to show citizens that we are having a positive impact on the community and point to specific projects or initiatives to where that money is going to.”

Thus far, not all of the money has been pledged to specific projects, as the city is still working on the full list of projects that they wish to back. However, $220,000 has been given to the Colfax Community Network to support their operating costs. The money ensures that Colfax can continue their critical work, with further funds likely to be sent their way over the next two years.

One Aurora Housing Association will receive $45,000 to pay the salary of their landlord coordinator to allow them to work the role full-time. The job is vital to ensure the cycle of homelessness doesn’t continue, as landlords will often reject the applications of the formerly homeless. Alongside, these confirmed financial pledges the city is considering building and staffing a series of day centers across the city for homeless people to wash their clothes, receive mental health support, and shower.

Sky Will Be Sprayed In Geoengineering “Experiment,” Blocking Sun For Climate Change – Anti...

Milo Yiannopoulos Loses his Home to Hurricane Irma after Mocking Others Devastated by the...