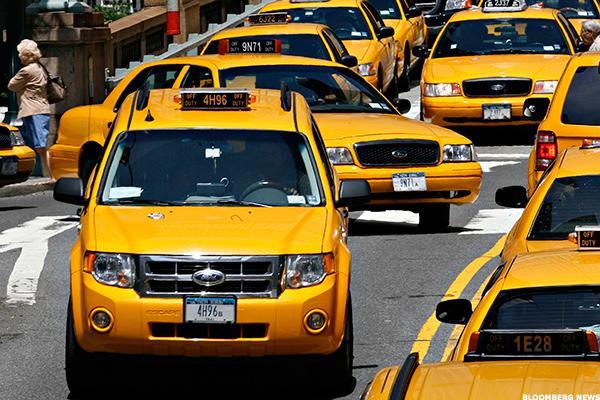 Thousands of Uber users have deleted the ride-hailing app in response to the company’s actions during President Trump’s first day of rolling out an executive order banning entry into the US from citizens hailing from 7 different Muslim nations.  As much of the nation saw the move as inhumane and unconstitutional, many took to the country’s major airports in protest, and in support of those stranded due to the sudden implementation of the racist order.

One of the most vocal groups to lend its support to the protests was the NY Taxi Workers Alliance. The 19,000 member strong organization, stated that as Muslims and immigrants are a large segment of its workforce, they could not stand behind what they called a “pure act of bigotry”.  In protest, the union moved to strike from taking any fares to and from the airport, forfeiting lucrative fares- and Uber is under fire for turning off their surge pricing to profit off the situation.

As originally posted on Al Jazeera:

The hashtag #DeleteUber trended worldwide on Sunday as users also accused the company’s CEO of collaborating with the new US president.

Hundreds gathered at the airport’s Terminal Four arrivals section holding placards and chanting: “No ban, no wall, sanctuary for all!” and “no hate, no fear, immigrants are welcome here!”  Users said Uber continued to service rides to and from JFK, while taxi drivers held the strike against Trump’s order banning refugees and travellers from seven Muslim-majority countries.

However, while Uber automatically  charges more for rides when demand is high, the company switched this function off during the one-hour taxi strike.

The city’s taxi drivers, many of whom are immigrants or have roots in Muslim-majority countries such as Pakistan and Bangladesh, had urged Uber to join their boycott.

Uber has also faced criticism after  CEO Travis Kalanick joined Trump’s business advisory council, a group comprised of the leaders of a variety of major US corporations.

Several protesters barricaded the front of Uber’s headquarters in San Francisco on Friday over Kalanick’s ties to Trump.

Twitter and Facebook users began taking screenshots of themselves deleting their Uber accounts, including messages they were sending to the company.

Earlier on Saturday, Kalanick said that the company would compensate drivers from the seven countries who might not be able to return to the US for three months or more.

In a statement, Kalanick said the company knew of about a dozen affected employees.

“This ban will impact many innocent people – an issue that I will raise this coming Friday when I go to Washington for President Trump’s first business advisory group meeting,” said  Kalanick.

For those who have a necessity for a ride-hailing app- many are now turning to Uber’s fierce rival- Lyft. In a move contrary to that of Uber, Lyft has pledged $1,000,000 to the ALCU- an organization fighting to permanently dismantle the ban on Muslim’s Trump has imposed. In an about-face on Uber’s part, the company having felt the wrath of revenue lost from its fleeting customers- “Uber announced Sunday afternoon that it had set up a $3 million legal fund for immigrant drivers and asked Trump to cancel the travel ban.” and that they “urge the government to reinstate the right of U.S. residents to travel — whatever their country of origin — immediately.”

With all the information disclosed, will you be joining the thousands who have already deleted the app? Share your thoughts with us in the comments section below.

Trump Criticizes Qatar’s Funding Of Terrorism, Then Sells Them $12 Billion Worth Of Weapons...