Home Uncategorized Trudeau Says Canada Will Welcome Refugees Turned Away By The U.S. –... 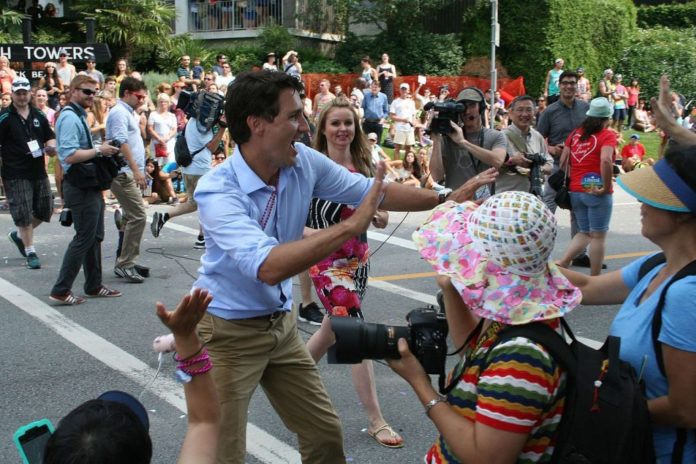 The Prime Minister Tweeted that Canada will receive refugees turned away from the U.S., as diversity is a strength of the northern nation.

On Friday, President Donald Trump signed an executive order to put a four-month hold on allowing refugees into the United States. Travelers from seven different countries, including Iraq, Syria, Iran, Sudan, and Libya, are now banned from entering the U.S. so that the nation might be protected from “radical Islamic terrorists.” This action resulted in mass confusion at airports around the world, with many families being stranded and detained after they had already touched down in America.

Prime Minister Justin Trudeau of Canada quickly reacted to the news by making a pointed statement on Twitter, saying that Canada will welcome refugees that are turned away from the U.S.

“To those fleeing persecution, terror & war, Canadians will welcome you, regardless of your faith. Diversity is our strength #WelcomeToCanada,” Trudeau said on Twitter.

To those fleeing persecution, terror & war, Canadians will welcome you, regardless of your faith. Diversity is our strength #WelcomeToCanada

The Prime Minster also included a photo of himself welcoming a Syrian refugee at a Canadian airport, which was captured in 2015. Shortly after he was elected, Trudeau oversaw the arrival of more than 39,000 Syrian refugees.

According to a spokeswoman for Trudeau, “The Prime Minister is looking forward to discussing the successes of Canada’s immigration and refugee policy with the President when they next speak.” PBS did not share an exact date of when he and President Trump will meet at the White House.

Trudeau walked a fine line in the past when offering criticism of the Trump administration. He tended to only hint toward his opinion when making statements and continued to promote the progressive policies of Canada’s Liberal government. The relationship between the two countries is important, as 75% of the northern nation’s exports are received by the U.S.

Mayor of Toronto, John Tory, supported the Prime Minster’s Twitter announcement and noted that the Canadian city is the most diverse in the world.

“We understand that as Canadians we are almost all immigrants, and that no one should be excluded on the basis of their ethnicity or nationality,” Tory said in a statement.