Home Health He Ran Away From Chemo 20 Years Ago… And is Now ‘Cancer-Free’... 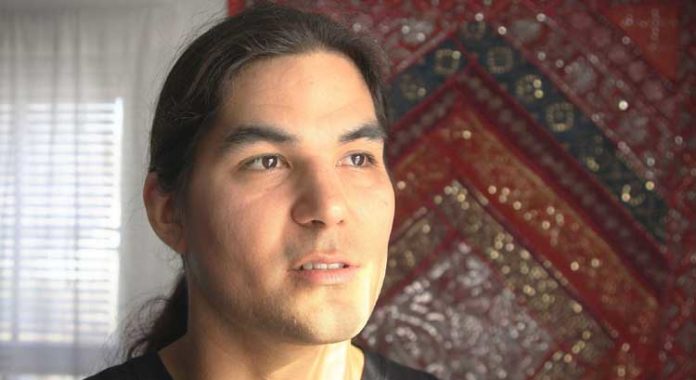 16-year-old Billy Best chose to run away from home rather than receive any more chemotherapy treatments; this is his story of how he healed himself holistically and now helps others do the same.

When one receives a shocking health diagnosis, the first support they usually reach for is from close friends and family. But what if the decision to forego conventional treatment is made, and the close relatives disagree?

This was the case for 16-year-old Billy Best twenty years ago, when he was diagnosed with Hodgkin’s lymphoma and chose to run away from home instead of undergo any more chemotherapy treatments. Living in his adoptive him in Norwell at the time of his diagnosis, Billy was given six months to live. His parents decided the best course of action would be to start Best on chemotherapy right away, even though Billy wanted to treat his condition through alternative means.

Billy did follow the doctor’s orders and receive five rounds of chemotherapy initially, but said the treatment made him lose weight and smell differently. The 16-year-old took that as his cue that something wasn’t right about this method, and was afraid he wouldn’t survive any more treatments if they continued.

“I could smell what I thought was poison coming out of my body. I didn’t think I would make it through the treatments,” said Best.

His solution? To sell some of his possessions and run away to Texas, where he lived in a warehouse. Because his journey away from home made national headlines at the time of his disappearance, he quickly learned that his parents did not know where he was or whether he was dead or alive. Their national plea for him to return home was responded to and followed through with after they agreed that he could stop all forms of chemotherapy treatment.

Recalling the experience almost two decades later, Billy stated, “It’s mind-blowing to me that I did that. I just felt like I had to get away from that treatment.”

When just a teenager, Best was adamant that he would heal himself holistically. Viewers from around the country who had learned of his story aided him, sending letters and making phone calls to offer suggestion.

Right away, he stopped eating red meat, white flour, sugar, substituted soy for dairy, and opted for brown rice over white rice. He also included plenty of organic vegetables and filtered water into his regime.

Essiac herbal tea, supplements, and vitamin C were also added into his diet. Perhaps the biggest and most controversial aspect of his self-designed program, however, was the inclusion of 714-X, a Canadian immune-system injection that he claims saved his life.

714-X is not approved in the United States, and (according to the National Cancer Institute) has no scientific evidence to support claims that it is

effective in treating any type of cancer or illness. However, teenager Best felt that a treatment that supported his body’s ability to heal itself seemed much more intelligent than a treatment that damages a weakened body further.

“Taking a therapy that would boost my immune system so that my body could fight the cancer itself made more sense to me than poisoning me with Chemotherapy what I was already so sick,” he said.

And just six months into his regime, there were results. Best went back to Dana Farber in March 1995 to have CAT scans and gallium scans, and there was no cancer. Billy is still cancer-free today.

Now age 34, he and his girlfriend Maya are the proud and happy parents of their 14-year-old son, Max. Remembering his heroic decision to say “no” to chemo, Best recalls not even thinking he’d make it to 18 years old – let alone a grown adult with a child of his own.

His experience beating the disease holistically led him to become an ambassador for young cancer patients everywhere, including a boy named Danny Hauser. In 2009 Hauser refused chemotherapy based on religious grounds.

“I’ve been put in a unique situation and I feel I’m in a good place and have an opportunity to help other people that are going through the same thing,” shared Best.

Perhaps the most beautiful triumph of Billy’s fight with death is that he is now a father, and feels he has more reason to live than ever before. “Having a son, I just really have to think about the future so I can be around to watch him grow.”

If you seek to learn more about Billy Best and his triumph against cancer, his book, The Billy Best Story, was made available summer 2012 and can be found here.

Portland Woman Who Died Of Hypothermia Was Evicted For Being Late On $338 in...