Home Animals President Trump’s Wall Will Have Worse Implications For Animals Than People –... 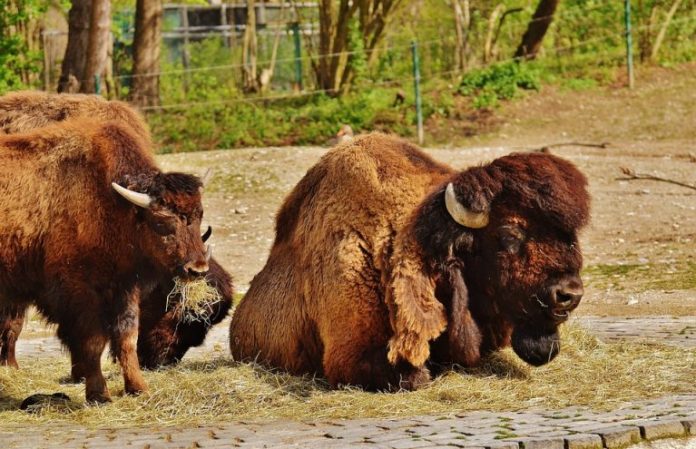 The Director of the Southwest Program for Defenders of Wildlife, Bryan Bird, told Seeker that when the US Border Patrol increased its immigration enforcement effort back in the early 1990s, the consequences were a shift in undocumented immigration and drug trafficking from urban areas to more remote borderlands. He said, “As a result, this pristine region — much of it on public lands set aside to protect rare and imperiled wildlife and sensitive habitat — is under siege”.

Outlined in the 2005 Border Ecological Symposium are a list of environmental concerns which include the destruction of vegetation and the fragmentation of habitat and wildlife corridors, and the modifications of wildlife behavior in response to disturbances. As well as this, the document also states that the construction of new structures will add more pressure onto already threatened and endangered species. Animals spend their lives seeking out food and water sources, and will often cross borders to do so. It is crucial that animals have the freedom to reach the resources that they need which are vital for their survival, otherwise they will simply starve to death.

Countless species have already been heavily impacted by the existing wall, but the building of a barrier of the full border will only heighten this. Bird claimed that “fencing and road projects proposed by the Border Patrol threaten to cut off the cross-border corridors they (wildlife) use”. Specific wildlife examples include that of the Mexican gray wolf. There are currently about 100 currently north of the border and just 35 south. Due to these already small numbers, there is a huge risk of interbreeding if they cannot get across the border to improve their genetic pool. According to conservationists, many species are threatened by the past and planned border activities, including the ocelot, jaguarundi, desert tortoise, black bear, cougar, desert mule deer, American bison, southwestern willow flycatcher, black-tailed prairie dog, yellow-billed cuckoo, and several plant and fish species.

The building of the wall will also be undoing decades of conservation work. An associate professor of wildlife at Oregon State University, Clinton Epps, said that “since the U.S. entered the Migratory Bird Treaty Act of 1918, we’ve acknowledged the importance of protecting wildlife that moves across international borders”. Defenders of Wildlife have said that there are other alternatives to building the wall which will protect the wildlife instead of destroying them. These include high-tech monitoring devices which would be able to monitor the border as well as providing visual protection for the wildlife, with minimal negative implications for the environment. Bird added that “fencing should be implemented only as a last resort. It is important that the public knows how much damage and destruction a contiguous, impenetrable border wall will have for wildlife and their habitat.”

Job Offers Roll In For Ex-Prisoner Who Skipped Job Interview to Save Car-Crash Victim...