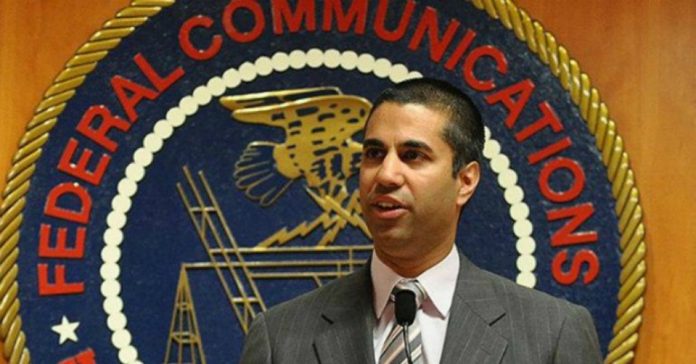 Under the new Republican FCC chairman Ajit Pai, an appointee of President Donald Trump, the commission told the handful of internet service providers (ISPs) that they could not take part in the Lifeline broadband program just weeks after the companies were qualified. Lifeline, approved in 2015, subsidizes internet access for low-income consumers as part of the FCC’s efforts to recognize broadband services as an essential public utility.

The nine ISPs’ status are now considered “pending.” Their bids will be reconsidered after “additional time to consider measures that might be necessary to prevent further waste, fraud, and abuse in the Lifeline program,” the FCC wrote in its statement, echoing terminology often invoked by Republicans, including Trump, as an excuse to cut safety net programs.

CNN reports on one of those ISPs:

Mobile broadband company Kajeet works with over 300 school districts in 41 states and Washington D.C. to provide students with internet if they don’t have it at home. Kajeet is a solution for the digital divide—its take-home hotspots filter out things like Facebook and Netflix, and let kids connect to resources for homework.

Friday’s decision came amid a series of other items that stymied the FCC’s progress under former chairman Tom Wheeler, who stepped down at the end of former President Barack Obama’s term—leaving behind a legacy of digital rights victories and paving the way for a Republican attack on internet equality. In addition to the Lifeline order, Pai also slashed an agency guideline to prevent media consolidation and rules on transparency in political advertising online.

Matt Wood, policy director at the advocacy group Free Press, slammed the commission’s decision, stating Friday, “With today’s action, chairman Pai is undoing important work that promised to bring the benefits of broadband to low-income families, to put vertically integrated ISPs on notice against prioritizing their own content, and to send a message to broadcasters that covert consolidation won’t be tolerated.”

“With these strong-arm tactics, chairman Pai is showing his true stripes. The public wants an FCC that helps people. Instead, it got one that does favors for the powerful corporations its chairman used to work for,” Wood said. “Today, Pai followed President Trump’s lead by issuing his own types of executive orders, which undermine the democratic process, strip consumers of safeguards, and rob millions of the neediest families of the help they need to bridge the digital divide.”

EPA Refuses To Pay Claims After Mine Spill Dumps 3,000,000 Gallons of Toxic Waste...

A.I. Police BodyCams That Can Scan Your Face And Check Your Background Instantly –...