Home News Indiana Bill Would Legalize Removal Of Protesters “By Any Means Necessary” –... 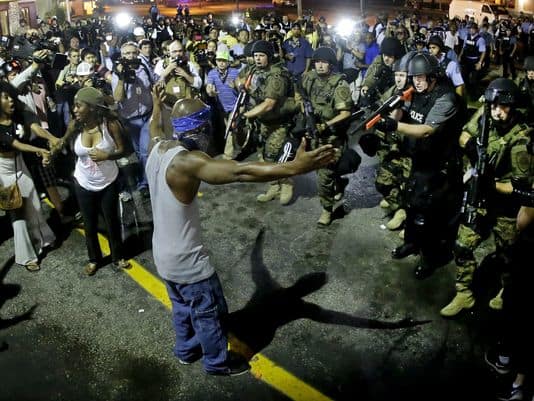 A bill has been introduced in Indiana legislature that would allow police to end civil demonstrations and protests “by any means necessary.” According to the bill introduced by a Republican Senator, police would be given extreme leeway in dealing with protesters “even to the point of costing lives.” The bill set off a backlash of criticism, as we have already seen extreme brutality on the part of police at the Standing Rock camps, without an anything-goes type bill. The passing of a bill like this will absolutely result in innocent lives lost.

The bill is known as SB285 and was introduced earlier this year. It reads, “A responsible public official shall, not later than 15 minutes after learning of a mass traffic obstruction in the official’s jurisdiction, dispatch all available law enforcement officers … with directions to use any means necessary to clear the roads of the persons unlawfully obstructing vehicular traffic.” The bill was written by conservative Senator Jim Tomes. Tomes has been a controversial figure in the past, introducing legislation that made it easier for those convicted of drunk driving offenses to obtain firearms. He also tried to have transgender individuals thrown in jail for using the “wrong” bathroom.”

The bill is obviously meant to quell dissent and shackle free speech. Taking it one step further, the bill ultimately allows for police to mow down protesters with fully-automatic rifles if they so desire. The bill, as it is written, is an obvious violation of civil rights that have long been established. Although it is unlikely to pass, the introduction alone shows the direction that conservative minds are taking when it comes to the First Amendment.

“I find it very disturbing and I don’t see a need for this as we have had some large protests here but there was never any problem with them,” stated Sue Ellen Braunlin, a representative of the Indiana Religious Coalition for Reproductive Justice.

According to Braunlin, none of the many protests that have occurred in the state have ended in disaster. “We have stopped traffic for a short time during protests, with police cooperation. Often they will let us stop traffic and we have not had a problem. We’ve had a women’s rights march and a Black Lives Matter march and it was all very peaceful and coordinated with the police. This bill doesn’t make sense.” 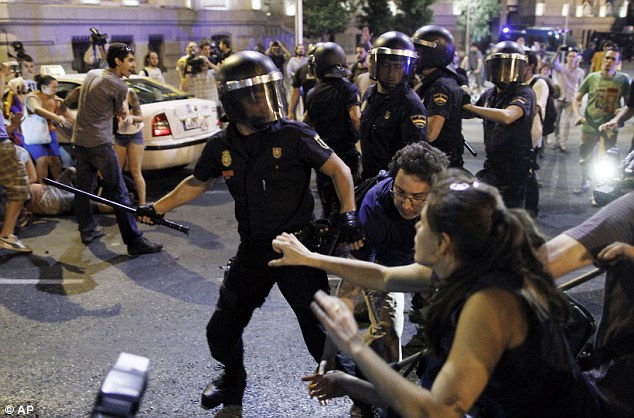 Indiana has had some crazy or not-so-crazy laws passed, depending on how you look at it. In 2014, the state ratified a bill that fundamentally made it legal to shoot cops who entered your home unlawfully. It was a very specific amendment to the Indiana version of the Castle Doctrine, which gives individuals the right to “stand your ground” against would-be intruders. Police organizations lobbied against the bill, as they deemed it to be open season on cops in private homes. Regardless of how you view the law, it is a sign that Indiana isn’t afraid to pass generally unpopular bills. The treatment of protesters around the country, and introduction of laws like the one by Senator Tomes, show that the battle for free speech is only just beginning.

NJ State Trooper Admits to Pulling Over Women to Ask Them Out and Then...