Home News Trump Must Be Impeached Because Putin Invaded Korea (He Didn’t) – Anti... 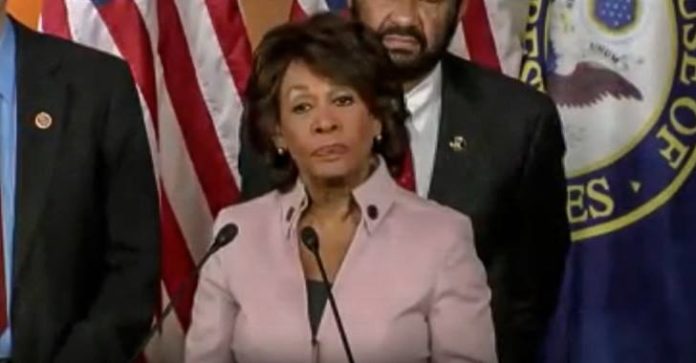 It is often not fully understood just how ignorant most US Representatives are when it comes to the finer details of foreign policy. Members get their news from an even narrower pool of information than many Americans, who are by and large abandoning the mainstream media. They read the Washington Post or they rely on their staffers, who read the Washington Post. Most Members enjoy being considered experts in the issues upon which they are voting, but the fact is they are very poorly informed.

Those are the murky waters we often navigate when we sample the wit and wisdom of Rep. Maxine Waters, a 13 term Democrat from Los Angeles.

Let me just say the statement I made was a statement in response to questions and pleas that I am getting from many citizens across this country. What are we going to do? How can a president, who is acting in the manner that he’s acting, whether he’s talking about the travel ban, the way that he’s talking to Muslims, or whether he’s talking about his relationship to Putin, and the Kremlin — and knowing that they have hacked our D-triple-C  — DNC, and knowing that he is responsible for supplying the bombs that killed innocent children and families in, um – in, um– yeah, in Aleppo.

And the fact that he is wrapping his arms around Putin while Putin is continuing to advance into Korea — I think that he is leading himself into that kind of position where folks will begin to ask, what are we going to do? And the answer is going to be, eventually, we’ve got to do something about him. We cannot continue to have a president who’s acting in this manner.  It’s dangerous to the United States of America.

Watching the video, the word “Aleppo” was thrown at her from the press corps when she couldn’t remember where she was (falsely) accusing Putin of killing innocent women and children.

But what was a real attention-getter was her accusation that President Trump must be impeached because President Putin invaded Korea. The conspiracy theorists angry about Hillary’s loss have invented all manner of bizarre explanations accusing Putin of masterminding the Trump victory, but thus far no one has accused Putin of invading Korea.

She meant “Crimea” you might say. Don’t be so sure. Members should be given a blank map whenever they talk with presumed authority about anywhere abroad. They should be forced to find the place they are about to start talking about before the microphone is switched on. If they can’t, they shouldn’t.

Gaddafi Tried To Warn The West, But Nobody Listened – Anti Media News

Study Shows Females Who Smoke Marijuana Have Higher IQ’s Than Those Who Don’t –...