Home News 23-Year-Old Student Has A $1 Million Bounty On Her Head For Killing... 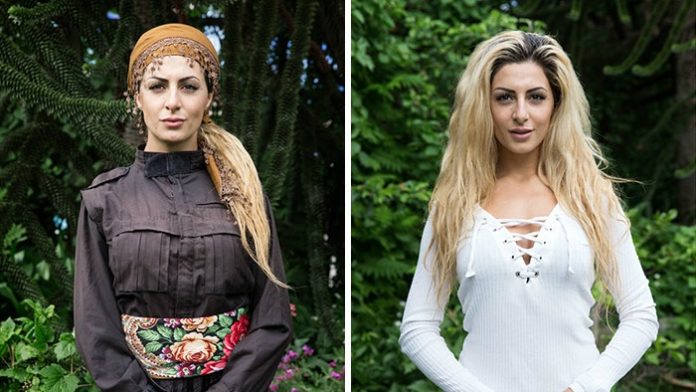 Joanna Palani lives in hiding not only from ISIS but from Danish authorities, as she broke strict anti-terror laws when she returned to Iraq and Syria to fight with her Kurdish unit.

In 2014, now 23-year-old Joanna Palani dropped out of a university in Copenhagen, Denmark, where she was studying political science. The reason? She felt called to rejoin the Kurdish Peshmerga in Iraq and Syria, where military forces continue to fight against ISIS.

Palani was inspired to do so because of her background and heritage. An Iranian-Kurdish descendant, she was born in a refugee camp in Ramadi, Iraq, and fired her first gun at age 9. According to a  Facebook post, she felt propelled “to fight for women’s rights, for democracy – for the European values I learned as a Danish girl.”

After returning to Denmark in 2015, authorities banned her from returning to the region. Palani broke the strict anti-terror laws, however, and rejoined her Kurdish unit fighting ISIS in northern Syria between June and October of 2016 because she “couldn’t bear to leave the women she had trained.” She spent days on the front lines, her Russian rifle trained on jihadists. Palani can also be credited with helping to liberate Yazidi girls who were imprisoned as sex slaves while fighting alongside Peshmerga forces in Iraq. 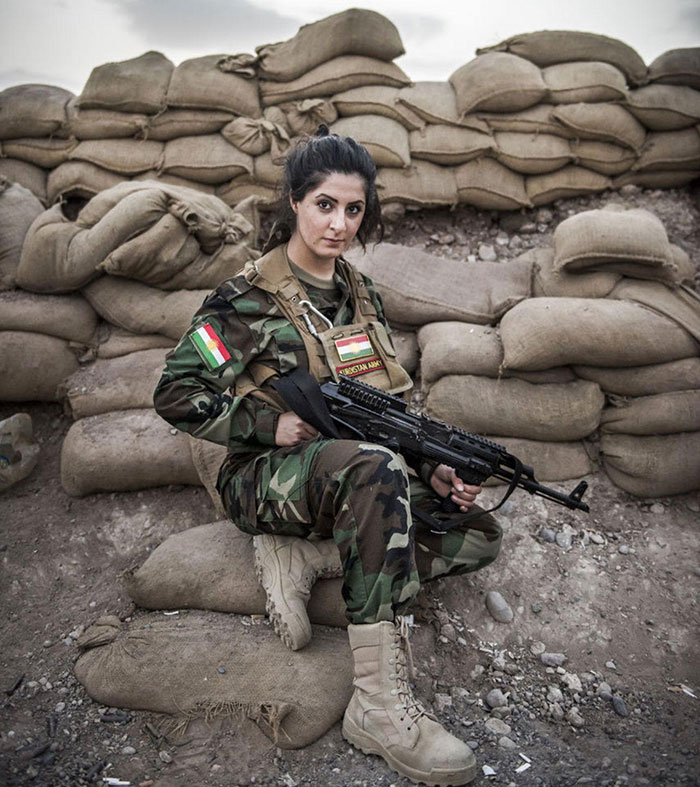 She told The Daily Mail:

“As a sniper I could be on the front line for nine days at a time. I would get up at 4-5am and get my SVD rifle and AK rifle my bag and two hand grenades. I would take up a position away from the window, find a space where it would be comfortable, lay down with only my finger on the trigger.”

“In the daylight we defend, at night hunt and shoot,” she added. 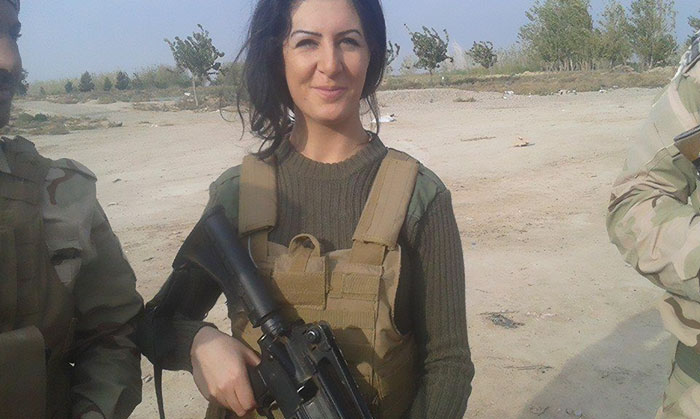 Once Danish authorities learned of Palani’s actions, she was locked up in Vestre Fængsel, Demark’s largest prison. After spending three weeks behind bars, she was released. However, her passport was confiscated and she now faces jail time.

Palani says she is seen as a terrorist in her own homeland and lives in hiding. Though she is effectively homeless, she constantly changes her location every three days from fear of reprisal and to avoid being found.

“I am sorry for breaking the law but I had no choice in my mind at the time,” commented Palani. “Those I risked my life for, are now taking away my freedom. I did not expect to lose almost everything for fighting for our freedom and our safety.” 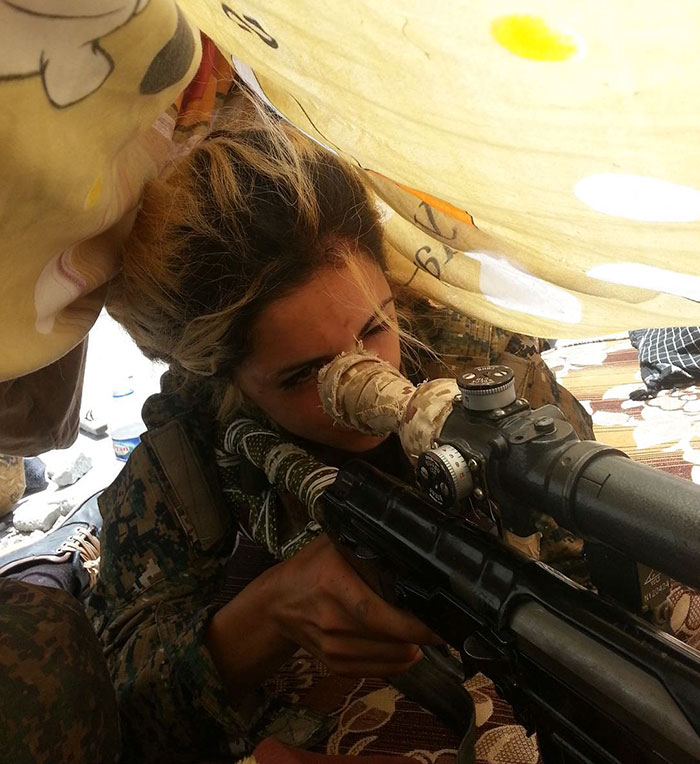 During the lengthy interview, the 23-year-old also disclosed that because she has killed 100 Islamic militants, there is a $1 million bounty on her head.

“ISIS want to kill me, and capture me to convert me into a radical Islamist or turn me into a sex slave,” she said. “But I love my independence and freedom as a woman more than I fear being captured or turned into a sex slave by ISIS or for ISIS. My worries about being captured and killed are not as great as my love of freedom. That is what keeps me going.”

Though she faces many challenges in her day-to-day life, the activist expressed that she won’t give up.

“I will never give them the victory of my fear. When we were preparing to liberate houses of ISIS sex slaves, we had this saying – one fighter goes to rescue but many fighters will come back out,” said Palani.

“That is because the survivors often join us. Many of the girls we rescue join us and train to become fighters. So if they captured me, I would still fight them, for all of those girls as well as for myself. I will never submit, or let them win.”

The 23-year-old says she has “lost everything” after leaving Denmark to return and fight with the Kurdish Peshmerga.

“I was willing to give up my life and my freedom to stop Isis advancing, so that everyone in Europe can be safe. This was my choice,” she said. “But I am seen as a terrorist by my own country.”

JFK’s Nephew Blows The Whistle On Syria — ISIS Is A Product Of US...