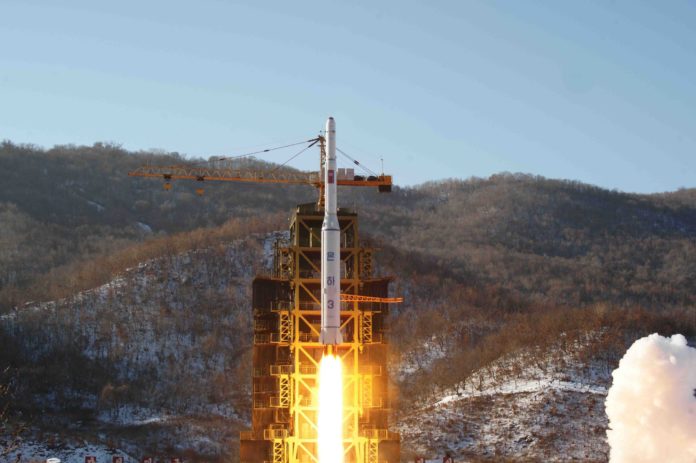 It looks like Kim Jong Un is trying to show off his ability to fire nuclear capable missiles.

North Korea confirms it has “successfully” completed the launch of a new medium long-range ballistic missile, the Pukguksong-2. According to North Korea’s Korean Central News Agency, KCNA, the Pukguksong-2 was test-fired on Sunday under the supervision of North Korean leader Kim Jong Un. KCNA also reported Kim was present at the site and personally gave the order for the test-fire, according to CNN.

“Sources told CNN the missile traveled 500 kilometers (310 miles) before landing in the Sea of Japan, also known as the East Sea, and that it was launched from North Pyongan province. Intermediate-range ballistic missiles typically travel from 3,000 to 5,500 kilometers (1,864 to 3,417 miles).”

John Kerry chimed in as well to call out the provocateur:

US Secretary of State John Kerry said “This is the second time in just over a month that the DPRK has chosen to conduct a major provocation, threatening not only the security of the Korean peninsula, but that of the region and the United States as well.”

President Trump responded only with, “I just want everybody to understand and fully know that the United States of America stands behind Japan, its great ally, 100%.”

Below is an image to give an idea of the range N. Korea has from its ballistic missiles. They do not currently have the technology to be a global nuclear threat, they have been steadily working to improve their missiles. 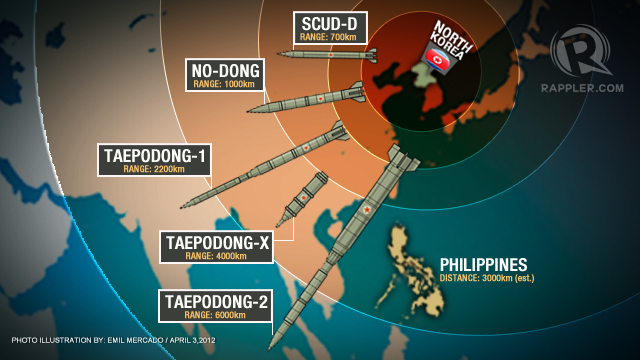 The United Nations Security Council will hold consultations on an “urgent basis” Monday afternoon regarding North Korea, according to the US Mission to the United Nations. The meeting was requested by the United States, South Korea and Japan.

6yo Boy Kidnapped From School By Police, Locked In Psych Ward For 3 Days...

The Forgotten History of White Slaves in America