The DNC actively worked to promote Clinton over Sanders, even attempting to go so far as to question his religious beliefs, as well as to collaborate with members of the mainstream media to make Sanders look like the least preferred Democrat. CNN’s Wolf Blitzer was also in on the debate scandals, having asked the DNC to provide questions he would use to fire at Trump. And who could forget it when Wikileaks data dump revealed CNN commentator and former chair of the DNC Donna Brazile was found to have funneled debate questions to Clinton, apparently as a means to get an edge over candidate Trump in the CNN debate between the two.

It has long since been common knowledge, at political town hall meetings, many if not most of the questions are pre-screened. It’s supposedly done by producers to make sure the censorship button doesn’t need to be pressed (for profanity), and that the line of questioning stays focused on campaign issues. But in light of the DNC’s work to undermine Sanders’ campaign, the knowledge CNN’s Brazile gave Clinton questions, and taking into consideration human nature, one must stop and wonder if the questions themselves, all of them, were not carefully chosen to make both candidates look bad. At any rate, if it was so intended, it worked.

Trump said from the beginning the election was rigged, and often expressed sympathy for Sanders, who he said had been cheated out of being the rightful nominee for the Democrat Party. 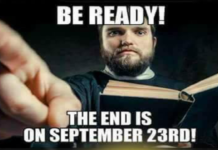