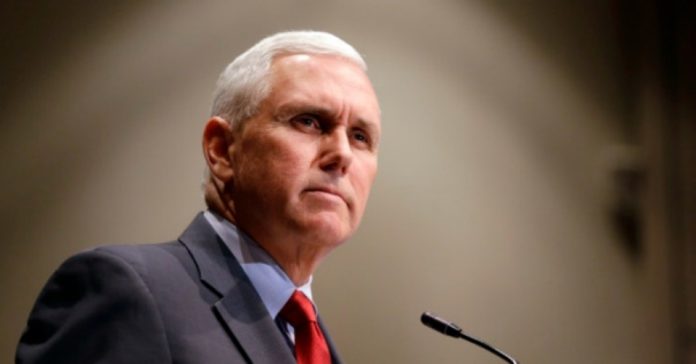 Vice President Mike Pence is quietly staffing the government with evangelicals and “conservative allies” at almost every level, another indication that he will try to shape White House policy in his signature far-right, religious style, Politico reported Monday.

Pence “surrounds himself with true conservatives,” said a former staffer who worked with the vice president before his White House days. “He did when he was on the Hill, and again in Indiana. That some of them are now in the administration bolsters the case that conservative principles will significantly undergird the president’s agenda to change Washington.”

The allies will be among those tasked with selling the White House’s ideas to lawmakers and the public at large, Politico reports. Ex-Hill aide Marc Short, for example, “will play a key role coordinating congressional and White House efforts to pass repeal-and-replace legislation” for the Affordable Care Act (ACA), or Obamacare.

Matt Lloyd, who served as deputy chief of staff while Pence was governor of Indiana, “will have the task of explaining the advantages of any Obamacare replacement to the public while minimizing political fallout.”

Throughout Capitol Hill, other Hoosiers are “trading on their ties to Pence to boost business,” Politico continues, with various staffers opening Washington, D.C. lobbying offices or leaving firms to join the White House.

a manager who values humility, self-discipline and employees who follow marching orders. Pence’s top aides tend to be deeply conservative and, like the vice president, evangelical Christians. Short and [political advisers Nick] Ayers are devout church-goers.

His conservative ideals have already manifested in policy measures. Earlier this month, he pushed for an executive order that would have undone Obama-era protections for LGBTQ rights in the workplace, a “religious freedom” measure that hedged closely to a law he signed in Indiana giving cover to businesses that violated anti-discrimination laws.

Earlier this year, he also became the first-ever sitting vice president to speak at the anti-choice March for Life rally.

As governor, Pence became known for draconian austerity measures, anti-LGBTQ legislation, and some of the nation’s most restrictive abortion bills—one of which failed to stand up in court.

“He’s got some experience in government, unlike President [Donald] Trump,” Indiana Democratic Party chairman John Zody told Politico. “Some people look to him for that. But when you’re being governed by an ideology—that can cause problems.”