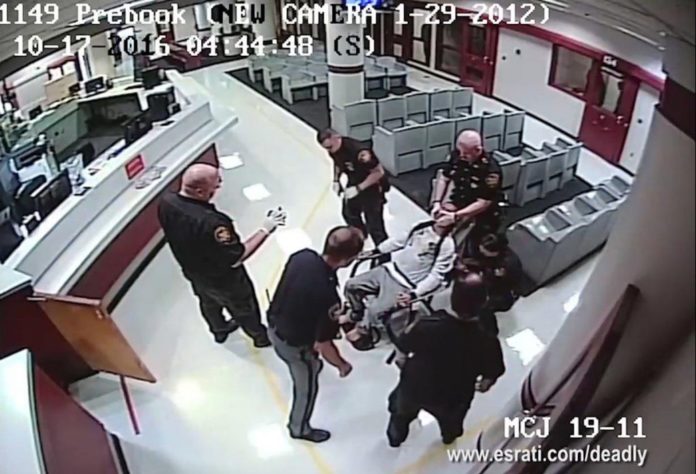 Video has emerged of a young Black man being pepper sprayed in the face while strapped into a restraint chair and handcuffed.

Charles Wade of Montgomery County, Ohio-was arrested for allegedly driving while impaired back in October of 2016. He claims that the officers involved in his case used excessive force when he was taken in for routine processing.

As Christopher Brennan for nydailynews writes,

Surveillance video obtained by local activist David Esrati shows Wade being taken into the jail, and headbutting a padded wall before he was eventually moved into a main room.

Officers strapped him to a chair by the legs and waist before he says “Do you white people feel good doing this to us n—-rs?” and they move to undo his handcuffs so they can strap his arms.

“What the f— are you f—ing doing to my hands” Wade, who is bent over, says as he begins to struggle.

What happens next is unsettling. With four officers against one man, they spray a struggling Wade, not once, but twice, even restraining his upper body as he gasps for air. 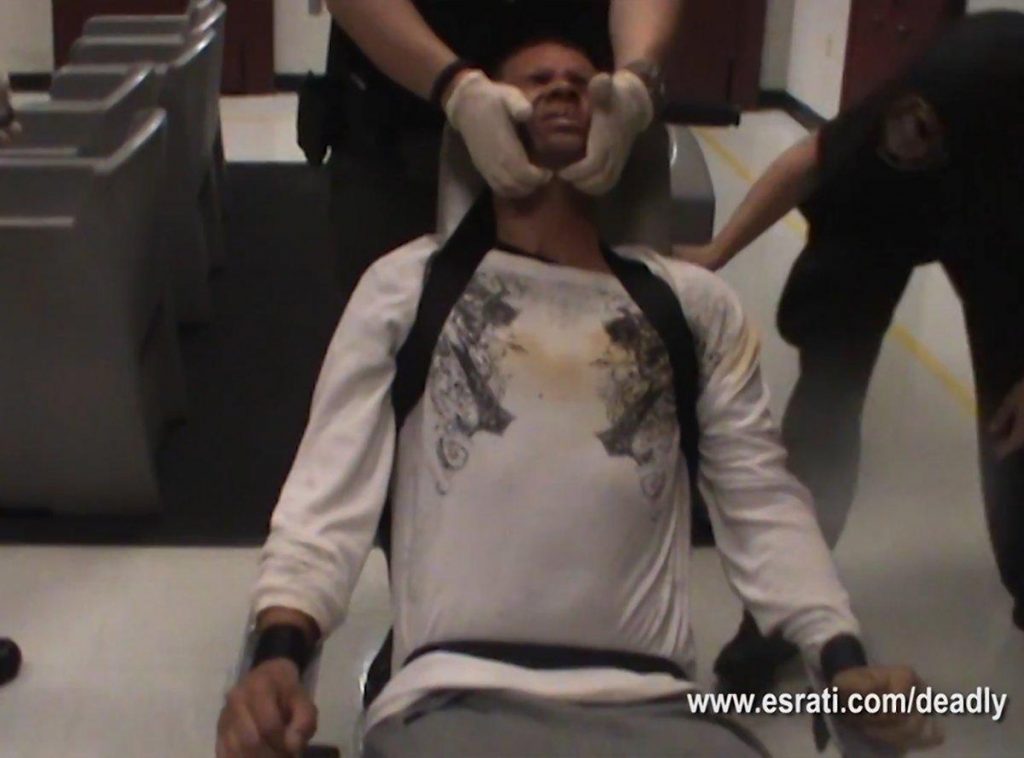 The brief jostling causes Sgt. John Eversole to spray the suspect “at a range of approximately one inch with a long burst” according to Wade’s lawsuit.

As Wade goes on a coughing fit, Eversole sprays him again.

Wade began saying “I can’t breathe,” but the surrounding officers uncuff him and continue to strap him into the chair, restraining his upper body as he heaves.

He is wheeled into a room, while Eversole is heard yelling “you’re next” at another inmate who had made noise.

Wade’s lawyer Doug Brannon said in a lawsuit filed Tuesday that the treatment was “brutal and excessive force” and demanded an unspecified amount of money including compensation for treatment he has received.

“If he starts struggling you just bake off and start again. It’s called de-escalation,” Esrati, the activist, told the Daily News.

He added that Wade’s headbutting a wall was no reason to spray him, and that the young man told him that he did so because he was mad at getting in trouble.

What may be the most disturbing piece of information about this story is that it is not an isolated incident for this jail. One year ago, another client of Brannon’s endured the same torture as Wade. The County’s Sheriff dismissing the incident as “isolated”.

Both Brannon and Esrati noted that the spray came a little more than a year after Amber Swink was pepper-sprayed while completely restrained in a chair at the same jail.

Video of the November 2015 incident published by Brannon, who is also her lawyer, shows Sgt. Judith Sealey walk into a holding room and spray Swink, who had been arrested after a domestic dispute call, before walking away.

The footage emerged months later, and Montgomery County Sheriff Phil Plummer said that the behavior of Sealey, who had by that time been promoted to captain, was an isolated incident. 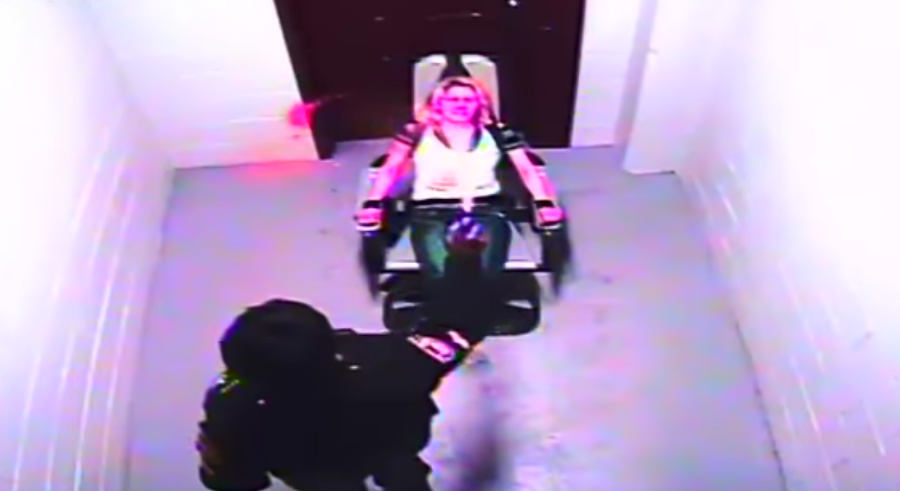 As Wade proceeds with his suit, the hope is that Swink’s case will bolster the merit for his matter. Because despite the Sheriff claiming otherwise, these incidents are clearly not isolated under his supervisions and his officers are in need of disciplinary measure and de-escalation procedures.  Brannon released in a statement: “I think it happened again because there was no discipline handed out to officers involved in abusing Amber Swink,” “I think this type of treatment is becoming something that happens with impunity within the Montgomery County jail.”

Watch the disturbing footage of both incidents below: