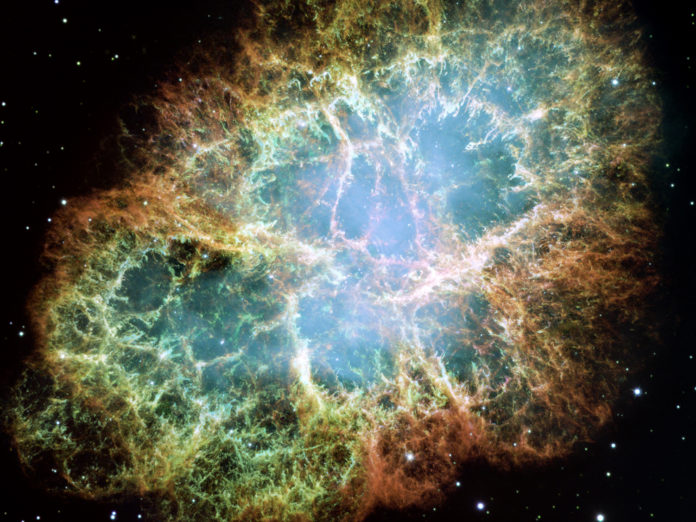 The more often we use electronic devices, the more we realize they inevitably crash from time to time.  Most people blame the poor quality from the manufacturer so they can sell newer products, or we blame the repair guy that must have done it wrong. Not too many stop to consider what this researcher proposes could be the cause of such things as autopilots disengaging, voting machine malfunctions, and computer crashes.

According to International Business Times, the actual blame may not lay with the usual suspects at all. In fact, no one on the entire Earth may be at fault. At a Friday presentation in the ongoing annual meeting of the American Association for the Advancement of Science, Bharat Bhuva from Vanderbilt University in Nashville, Tennessee, blamed “these operational failures” on the “impact of electrically charged particles generated by cosmic rays that originate outside the solar system.”

Daily Mail reported they crash into the Earth’s atmosphere creating a range of particles, including protons, electrons, X-rays and gamma-rays that can penetrate aircraft. These cosmic particles constantly hit Earth, and can cause bits of information in electronics to change.

In the presentation, titled “Cloudy with a Chance of Solar Flares: Quantifying the Risk of Space Weather,” Bhuva said the millions of invisible, subatomic particles — such as energetic neutrons, muons, pions and alpha particles — that originate very far from our planet, and flow through Earth and our bodies (they have no known negative impact on living tissues) can alter bits of data stored in the memories of electronic devices when they interact with the integrated circuits the devices use. This alteration of data is called a single-event upset, or SEU.

“When you have a single bit flip, it could have any number of causes. It could be a software bug or a hardware flaw, for example. The only way you can determine that it is a single-event upset is by eliminating all the other possible causes,” Bhuva explained.

He gave examples of instances when an SEU has been detected, and the potential seriousness of it. An electronic voting machine added extra votes to a candidate in a town in Belgium in 2003, and the autopilot system of a Qantas airplane disengaged in 2008, causing the plane to dive almost 700 feet in less than half a minute, reported IB Times.

“The semiconductor manufacturers are very concerned about this problem because it is getting more serious as the size of the transistors in computer chips shrink and the power and capacity of our digital systems increase. In addition, microelectronic circuits are everywhere and our society is becoming increasingly dependent on them,” Bhuva said. “This is a really big problem, but it is mostly invisible to the public.”

This could be a big problem if these particles are able to adversely impact the ever shrinking transistors.  Hopefully the near future will bring us a way to shield electronic items from the alien particles.

‘Crisis Situation’ As Low Morale And Pension Problems Cause Record Number Of Cops To...

A Dog Is Re-Elected Mayor for a Third Term, Proving Politicians Are Useless