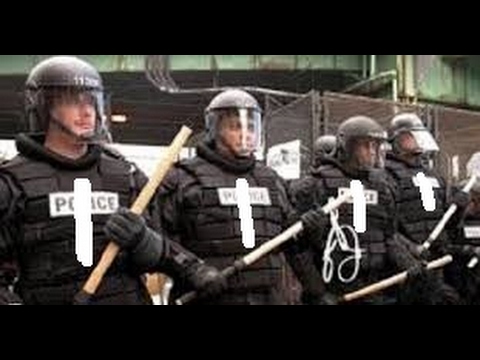 Church attormey Eric Johnston claims, police would be patrolling their campuses and churches in ‘church’ police vehicles and claims they won’t have a jail.

Lawmakers said that allowing a private church to have its own police force, would be like opening pandora’s box.

“What do we do when other church affiliates come and ask for the same thing?” questioned Rep. Mary Moore (D-Birmingham). “They’re not a college. They’re a church and they’re a church asking for police jurisdiction.”

America already has over 900,000 cops and the Feds just agreed to create 10,000 more immigration cops. Can you imagine what will happen if religious organizations are allowed to hire there own police?

Imagine what would have happened if the Branch Davidians or Charles Manson had a police force?

Can you imagine a Church of Scientology police force?

“Who do the officers answer to?” asked Rep. Chris England.

“They would answer to the leadership of the section of the church,” a representative from the church answered.

How long will it take for ‘church’ police to knock on worshipers doors, because they stopped attending services or left the church? Will police us a ‘Worship Alert’ similar to an ‘Amber Alert’ to locate missing worshipers?

Will ‘church’ police use drones and helicopters?

And last but not least, can you imagine ‘church’ MRAP’s?

Soon, there’ll be no place to hide from Police State America.

Trump Will Be The Most Disliked President In Modern American History – Anti Media...

Investigators Search Justine Damond’s House For DNA, Weapons and Drugs After She Was Killed...