Home News Red Bull Been Banned In 3 Different Countries And Is Linked To... 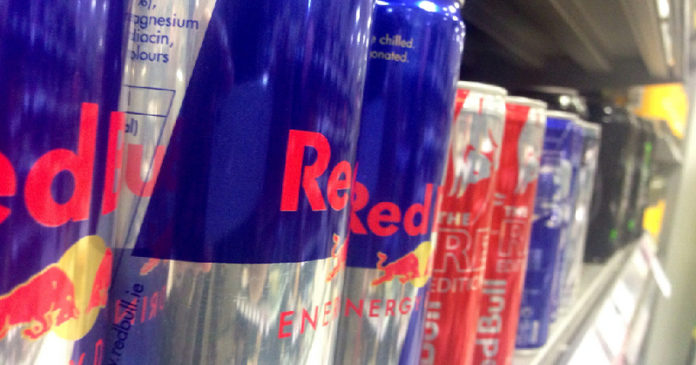 Source: Healthy Holistic LivingJust one can of the popular stimulant energy drink Red Bull can increase your risk of heart attack or stroke. The effect was seen even in young people.

The caffeine-loaded beverage causes blood to become sticky, a pre-cursor to cardiovascular problems such as stroke. One hour after drinking Red Bull, your blood system becomes abnormal, as might be expected from a patient with cardiovascular disease.

Red Bull is banned in Norway, Uruguay, and Denmark because of health risks. Energy drinks have been popping up all over supermarket and convenience store shelves in recent years, and have overtaken bottled water as the fastest-growing category in the beverage business.

No less than 3.5 billion cans of Red Bull were sold last year in 143 countries. Yet questions regarding the safety of Red Bull, as well as other energy drinks, keep cropping up at regular intervals when yet another overzealous energy-addict keels over.

Do Energy Drinks Really Live Up to Their Name?

When you break down the contents of one of those eight-ounce cans, the primary ingredients are caffeine and sugar (in the form of glucuronolactone, sucrose, and glucose). So the answer is yes, energy drinks will provide you with a quick burst of energy.

However, this is not a lasting effect, and drinking several in a row will not turn you into a flying superhero, no matter how hard their sinister marketing geniuses try to convince you otherwise.

According to the official website, Red Bull’s benefits include:

However, the effects of this energy drink will be similar to that of drinking a cup of coffee or a can of soda, in that when the effect wears off, you’ll start feeling lethargic and will likely crave another can (or cup) to boost your energy once again.

As many of you likely know, it can become a vicious cycle.

According to the article above, the Austria-based company that created Red Bull warns consumers not to drink more than two a day of their wings-in-a-can, but I couldn’t find any references to that fact on Red Bull’s website. Only a statement that said you should compare your consumption to that of coffee, with one can of Red Bull equaling one cup of brewed java.

The problem with that recommendation is the fact that no one really knows the net effect of chugging Red Bull like you would coffee. Coffee has caffeine, yes, but it doesn’t contain all those other artificial and energy-boosting ingredients, including no less than TWO artificial sweeteners (in addition to all the other sugar).

Aspartame alone has been shown to have multiple neurotoxic, metabolic, allergenic, fetal, and carcinogenic effects. I don’t believe it is safe for anyone to drink and I wrote an entire book about it called Sweet Deception.

Do Energy Drinks Have Health Benefits?

Nutritionally speaking, energy drinks are comparable to carbonated beverages like soda in that they offer little of value to your body. Yes, there are traces of B vitamins in Red Bull, and it contains the amino acid taurine, but this cannot make up for the detrimental effects of caffeine and sugar.

Although caffeine can certainly increase short-term reaction speed, one major problem is that no one really knows how the combination of ingredients in Red Bull will affect your body. This is especially concerning since energy drinks are marketed toward people under the age of 30, and are especially popular among students and night clubbers who often drink several cans at a time.

Who Should Definitely Avoid Energy Drinks?

It is fairly self-evident that children should never consume these kinds of drinks, but due to the detrimental health impact of their contents, it would definitely be wise to avoid energy drinks if you:

As lead researcher Scott Willoughby stated, Red Bull can be deadly when combined with stress or high blood pressure, as it can impair proper blood vessel function and raise your risk of blood clots.

Mix With Alcohol for a Potentially Deadly High

Mixing energy drinks with alcohol, which is combining a stimulant with a depressant, has become an increasingly popular occurrence at bars. When mixed with alcohol, drinks like Red Bull are instantly morphed into popular club drinks like “Vodka Bulls” and “Yager Bombs.”

The combined effect of these substances is unknown, but researchers say overloading your body with heavy stimulants and heavy depressants could lead to heart failure, and according to previous news stories about fatal outcomes from this deadly mixture, that’s not just a theory.

Countries like France and Denmark banned sales of Red Bull following several reported deaths of people who mixed it with alcohol.

The Red Bull brand has even made it into the scientific literature. The journal Medicine, Science, and Law published an article in 2001 on the effects of alcohol and Red Bull combined with yet another stimulant: ephedra.

And in this month’s issue of the Journal of the Clinical Autonomic Research Society, an Italian case study reviewed an incident of “postural tachycardia syndrome (POTS) associated with a vasovagal reaction,” recorded in a young volleyball player after an excess intake of Red Bull.

“Considering the widespread use of Red Bull among young people who are often unaware of the drink’s drug content, this case report suggests Red Bull be considered a possible cause of orthostatic intolerance.”

POTS has also been proposed as a mechanism for symptoms of chronic fatigue syndrome, so if you’re suffering from chronic fatigue, drinking energy drinks is likely NOT in your best interest, which is why I included it in the list above.

As for alcohol, I don’t recommend drinking it at all. It is well established that alcohol is a neurotoxin, which means it can poison your brain. You also need to be aware that consuming large amounts of alcohol — even wine — will increase your insulin levels, thereby accelerating your risk of diabetes and other chronic diseases.

How to Increase Your Energy Without Energy Drinks

If you’re drinking energy drinks for the reason most people do — to get more energy – know that there are far superior options than artificial energy drinks. Humans are not naturally sluggish or constantly tired. This lethargic state is something that many of us have brought on ourselves.

Your lack of energy is likely due to a combination of factors including:

Increasing your energy levels, then, is as easy as remedying these factors by:

For more details, my book Take Control of Your Health, is THE tool that will really help you regain your energy, once and for all. You can also check out my nutrition plan to get started in the meantime.

Unarmed Man Flagged Down LAPD for Help, Then they Literally Blew His Brains Out

Pope Acknowledges Thousands Of Cases Of Priests Raping Kids With No Recourse – Anti...

Trump’s Plan for Medicaid Would Decimate Services for People With Disabilities – Anti Media...