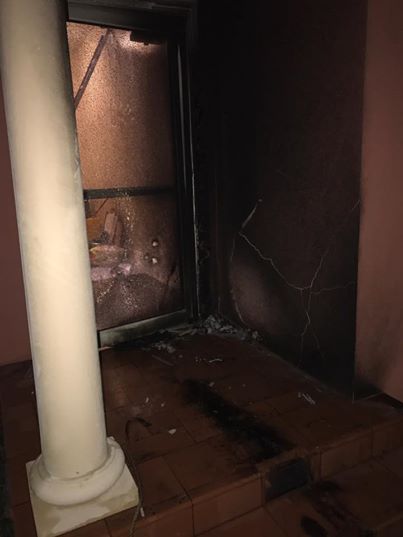 CAIR is concerned with the rise in hate crimes (aka terrorist attacks) against Muslims since Trump started his campaign for president.

These attacks have drastically increased since the beginning of the Trump days, and he has not called on his supporters to stop the violence and terrorism.  Trump ignores the terrorism against Muslims, while making up fake terrorist attacks by Muslims.

CAIR-Florida offered a $5,000 reward Friday for any information leading to an arrest in the attack. The group’s executive director, Hassan Shibly, also called on President Donald Trump to speak out against what Shibly called a “terrorist attack.”

We are also calling on @realDonaldTrump to denounce this terrorist attack against our Mosque and increase in Islamophobia. https://t.co/CBYFyFLHqV