Home Islamophobia Muhammad Ali Jr Detained by Immigration for Hours Because of his “Muslim... 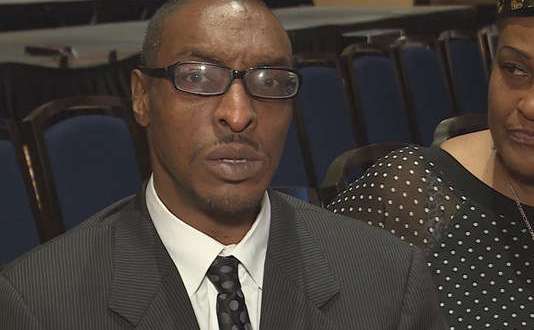 President Trump wants Americans to believe that banning Muslims from 7 nations will make the country safer. He uses the excuse of “extreme vetting” to keep those who’s beliefs he says are not congruent to the American way of life, and to keep those with ill intent out of the country. Trump and his administration claim it has nothing to do with religion, but if that is the case- how can they explain the following:

It has been discovered that earlier this month, the first born son of the legendary Muhammad Ali- proud American, proud activist, and even prouder Muslim- was detained solely for having a “Muslim name”. Despite having traveled the world extensively, this time upon returning from an event in Jamaica, for the first time in his lifetime  Ali and his mother were detained for hours, being questioned on their names, asked about their religion, and even questioned where he was born despite having the American passport disclosing his birth country.

As reported by USAToday:

Muhammad Ali Jr., 44, and his mother, Khalilah Camacho-Ali, the first wife of Muhammad Ali, were arriving at Fort Lauderdale-Hollywood International Airport on Feb. 7 after returning from speaking at a Black History Month event in Montego Bay, Jamaica. They were pulled aside while going through customs because of their Arabic-sounding names, according to family friend and lawyer Chris Mancini.

Immigration officials let Camacho-Ali go after she showed them a photo of herself with her ex-husband, but her son did not have such a photo and wasn’t as lucky. Mancini said officials held and questioned Ali Jr. for nearly two hours, repeatedly asking him, “Where did you get your name from?” and “Are you Muslim?”

When Ali Jr. responded that yes, he is a Muslim, the officers kept questioning him about his religion and where he was born. Ali Jr. was born in Philadelphia in 1972 and holds a U.S. passport.

The line of questioning is indicative of profiling and designed to produce answers that corroborate what officials want to hear, Mancini said. Neither Camacho-Ali nor Ali Jr. have ever been subjected to detainment before, despite extensive global travel experience, he said.

The Ali family have expressed deep disappointment, and “Ali’s family friend and lawyer Chris Mancini.Mancini said he and the Ali family are contemplating filing a federal lawsuit and are currently trying to find out how many other people have been subjected to the same treatment as Ali Jr.”

“To the Ali family, it’s crystal clear that this is directly linked to Mr. Trump’s efforts to ban Muslims from the United States,” Mancini said, referring to President Trump’s executive order signed Jan. 27 that instituted a ban for citizens of seven predominantly Muslim countries.

Officials at the Fort Lauderdale airport did not immediately respond to requests for comment Friday.

Camacho-Ali and Ali Jr. live in Deerfield Beach, Fla., a 20-minute drive from the airport. While Ali Jr. was detained, Camacho-Ali ran around the airport asking, “Where’s my son?” and begging for help, according to Mancini. Because incidents involving customs officials are considered to be on federal soil, local police had no jurisdiction to help her. Ali Jr. was eventually released two hours later, and the family contacted Mancini the following day.

Mancini said he and the Ali family are contemplating filing a federal lawsuit and are currently trying to find out how many other people have been subjected to the same treatment as Ali Jr.

“Imagine walking into an airport and being asked about your religion,” he said. “This is classic customs profiling.”

What Ali and his mother endured is a glaring indication of what’s Trump and his administration has in store for the country. If the American-born son of one of the most beloved Americans is not safe from Trump’s Islamophobia, no one is safe, let alone those from the 7 nations listed in the “Muslim Ban:. All Muslim Americans should be weary of travel, and all folks with Arab or Arab-sounding names should too.

What do you make of the whole situation? Do you think that border agents had the right to question Ali in the manner they did- simply for having a Muslim name? Should border agents be privy to what beliefs American citizens hold- and for exercising their freedom of religion, then punishing them if the answer is ” Muslim”? Join the discussion in the comments below.