Home Animals Biologists Warn Half of All Species to Face Extinction by 2100 –... 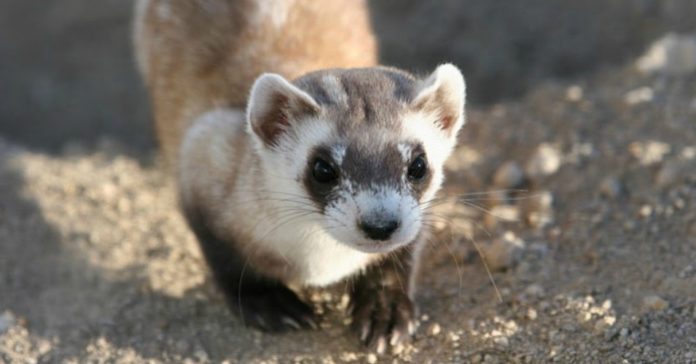 Today, 20 percent of all species are at risk of being wiped out, scientists at a Vatican conference on biodiversity warn, and that number may rise to nearly 50 percent by the end of the century.

“The living fabric of the world […] is slipping through our fingers without our showing much sign of caring,” warned the conference organizers.

Biologists, ecologists, and economists traveled to Rome from around the world for the workshop titled “How to Save the Natural World on Which We Depend,” which begins Monday, to strategize together on how to limit the mass extinction event caused by rampant over-development, climate change, overpopulation, and unsustainable agricultural practices.

The meeting sharply contrasts with last week’s U.S. Senate hearing on how to “modernize the Endangered Species Act [ESA],” during which Republican politicians vociferously complained about the 1973 law that seeks to protect critically endangered species from extinction, describing it as an encroachment on states’ rights.

During his opening remarks at the Environment and Public Works Committee meeting, Sen. John Barrasso (R-Wyo.) “declared that the act ‘is not working today,’” wrote the Washington Post, “adding that ‘states, counties, wildlife managers, home builders, construction companies, farmers, ranchers and other stakeholders’ have made that clear in complaints about how it impedes land management plans, housing development and cattle grazing, particularly in western states, such as Wyoming.”

Indeed, earlier this month the Audobon Society explored the paths the Republicans are considering to kill the Act’s clout, which include starving it of funding and dismantling individual species’ protections with new, targeted legislation.

The move to dismantle the ESA accompanies the Trump administration’s many attacks on climate and environmental protections.

Meanwhile, at the Vatican conference inspired by Pope Francis’ 2015 environmental encyclical Laudato Si, experts discussing how to do the very opposite are warning that developed countries’ rampant over-consumption of natural resources are going to not only kill plants and wildlife, but will soon threaten humans’ existence as well.

“The survival of the natural world, and ultimately our survival, depends on our adoption of principles of social justice and sustainability,” wrote the Pontifical Academy of Sciences (PAS), which organized the conference.

“Rich western countries are now siphoning up the planet’s resources and destroying its ecosystems at an unprecedented rate,” biologist Paul Ehrlich of Stanford University, a conference attendee, told the Observer. “We want to build highways across the Serengeti to get more rare earth minerals for our cellphones. We grab all the fish from the sea, wreck the coral reefs and put carbon dioxide into the atmosphere. We have triggered a major extinction event. The question is: how do we stop it?”

“[S]ustainability requires care for the biodiversity that supplies the services that enable humanity to live and prosper,” the organizers noted. “As PAS President Werner Arber stated recently, the question is now not so much how our children and grandchildren will fare, but whether the world will be able to function sustainably during the remainder of our own lives.”

What does this all mean for biodiversity, and what does biodiversity mean for us? In short, everything. All of our food comes directly or indirectly from higher plants, of which there are an estimated 425,000 species. Tens of thousands of these have been cultivated for food at some time by some people, but at present, 103 of them produce about 90% of our food worldwide, while three kinds of grain, maize, rice, and wheat, produce about 60% of the total. We have detailed knowledge of perhaps only a fifth of the species of plants in the world, and a majority could be gone in nature by the end of the century we entered recently. The same can be said for other groups of organisms, on which we depend for many of our medicines, ecosystem services, atmospheric purification, carbon storage, and everything that really makes our lives possible. As eminent Harvard University Professor E.O. Wilson has stated, the extinction of such a major proportion of the life that supports us will probably be the sin for which our descendants will be least likely to forgive us. What can we do about it?

“Our desire for enhanced consumption grows more rapidly than our population, and Earth cannot sustain it,” the PAS concluded. “Nothing less than a reordering of our priorities based on a moral revolution can succeed in maintaining the world in such a way as to resemble the conditions we have enjoyed here.”

The very existence of the conference, part of a series of ecological workshops organized by the Vatican, is a hopeful sign of the waning tensions between religion and science, organizers say. “That the symposia are being held at the Papal Academy is […] symbolic.” economist Partha Dasgupta of Cambridge University, one of the conference’s organizers, told the Observer. “It shows that the ancient hostility between science and the church, at least on the issue of preserving Earth’s services, has been quelled.”

Yet the odds of success in the fight to preserve biodiversity have never felt longer, at least in the United States. This hasn’t stopped conservation groups from stepping up their efforts, however. Under the hashtag #StopExtinction, groups are calling on supporters to call their representatives in Congress and demand they protect the ESA from Republicans’ attacks.

Federal Court Rules Police Can Lawfully Execute Your Dog If It Barks In Their...