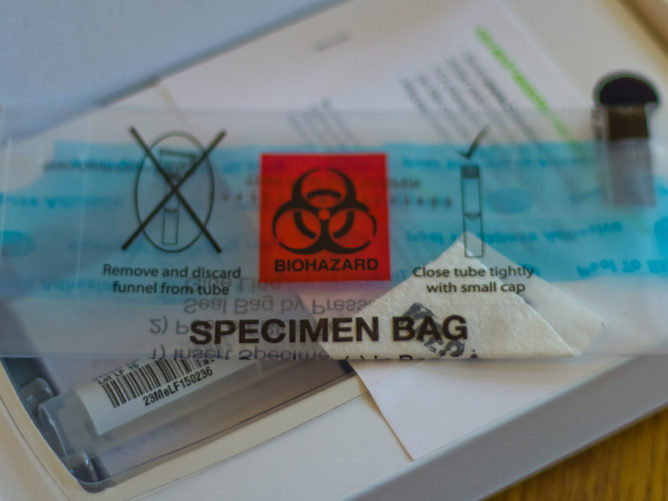 Police in San Diego, California have targeted black youths for collecting DNA samples when they are not suspected of any crime, according to a lawsuit filed by the ACLU on  Wednesday.

The suit comes after a ProPublica report last year found that police departments in Florida, Pennsylvania, Connecticut, and North Carolina have been engaging in “stop and spit” searches, where people are stopped on the street and coerced into letting police collect their DNA with a cheek swab. The practice raised alarm from privacy and civil rights advocates, who have warned of the dangers of letting police assemble biometric databases of people who have never been charged with or even suspected of a crime, reported Vocativ.

According to the ACLU, SDPD officers unethically targeted a group of African American minors, coercing them into signing a “consent form” that allows police to collect DNA samples without a warrant.

In a tightly-contested decision in 2013, the Supreme Court ruled that state and local police can take DNA samples after arresting someone for a “serious offense.” But the SDPD has apparently taken that liberty even further by stopping innocent people on the street and pressuring them to sign forms consenting to have their mouth swabbed for DNA.

The lawyers in the case say that a 16-year-old boy referred to in the complaint as “P.D.” was stopped along with four other African American boys, because the officer believed they were wearing “gang colors.” P.D. was arrested, after officers claim they found him carrying an unloaded revolver. But all five of the boys were told they must submit to a DNA swab, despite not being charged or even suspected of a crime.

“At no point prior to the DNA extractions did the officers attempt to obtain a warrant, and no exigent circumstances existed to justify a warrantless search and seizure of DNA,” the complaint reads.

P.D. spent several days in juvenile detention, and charges were later dropped when a juvenile court ruled the search was unwarranted. Now, ACLU lawyers are seeking monetary damages, saying that the DNA swabs were unlawful and obtained under coercion by police officers.

California law says what the officers did was illegal because they did not have parental consent. The only way to legally do what they did would be if each person had been convicted of a felony. But that law applies only to state DNA databases, and P.D.’s DNA was collected and stored by local authorities in San Diego.

Despite that loophole, Jonathan Markovitz, a staff attorney with the ACLU of San Diego and Imperial Counties, notes that DNA reveals incredibly sensitive information about not only its owner but their family’s history. Moreover, he told Vocativ, depriving parents of the right to be involved in a minor’s decision to surrender DNA violates their rights of informed consent under the 14th Amendment.

“In this particular case, there was nothing approaching informed and voluntary consent,” Markovitz told Vocativ. “The plaintiff had been placed in the back of a police car in handcuffs, he wasn’t told about the consequences of having DNA in the databank, and he had no chance to communicate with his mother.”

The executive director of the San Diego ACLU believes the unethical behavior of these officers is a sign of ongoing racial discrimination.

Norma Chavez-Peterson, the ACLU of San Diego executive director, said: “The concerns raised in this case are representative of what too many San Diegans of color contend with far too often: racial bias in our policing, violations of basic principles of privacy, and law enforcement’s practice of documenting black and brown youth in secret databases without parental involvement. We can and must do better.”

Those police officers knew they needed parental consent to do that to minors. There is no excuse for their actions. Help spread the news that this is still happening to people can protect themselves and their children against it.

Innocent Woman Calls 911 After An Accident, Cop Shows Up, Sexually Assaults and Arrests...

State Passes Massive Bill to Target and Track Bad Cops to Keep them Off...