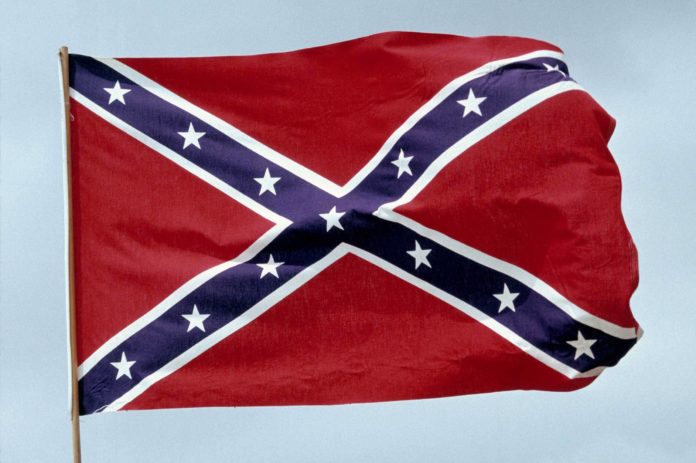 A North Carolina school board has chosen to ignore requests from a local NAACP to ban Confederate flags from all school properties.

The News & Observer reported the Orange County Schools Board of Education rejected the ban at a meeting Monday, saying that it would instead establish an equity committee of the school board to advise on several issues, including symbolic speech.

“Board members and OCS will not tolerate hate speech, bullying or intimidation,” stressed Chairman Stephen Halkiotis. But at the same time they have chosen to allow all of these things by allowing the Confederate flag, a well known symbol of racism and hatred towards non-white, non-Christians.

“We understand that improvement is an ongoing process, and we are committed to collaborating with our community to support the health and well-being of all students,” Halkiotis said.

The local NAACP is baffled by the school board’s decision to continue to allow the symbol of hatred, bullying, and intimidation.

“To the NAACP, that includes the historical context of the Confederate flag to slavery, the Confederacy, the Civil War and Jim Crow,” Northern Orange County NAACP President Patricia Clayton wrote in a letter to school board members. “For many, the flag is a racially inflammatory symbol, which is undeniably rooted in slavery and racism. Given OCS’ commitment to serve all students, the district should not allow the Confederate flag on its campuses.”

Several OCS students, parents, employees and community members pointed to increased Confederate flags appearing on vehicles, bags and pieces of clothing on school grounds. Some pointed to an incident last week at Cedar Ridge High School where a student reportedly carried a Confederate flag around the school asking if students were offended. One woman stated that the student asked her child if they found the Confederate flag to be offensive and used a racial slur toward her child, reported The Observer.

One parent, Kelly Doherty, questioned why her 11-year-old daughter’s potentially bare thigh is deemed a “distraction” warranting a mention of the dress code, but the Confederate flag is not. She continued and brought up the fact that many students are too intimidated by the flag bearers to speak up.

Latrandra Strong, founder of Hate-Free Schools and Coalition, said: “We have been challenging the schools and their dress code policy for allowing the Confederate flag on school properties. We feel like the Confederate flag has dual meaning. Some of it is Southern heritage, but there is also an element about racial intimidation, harassment and racial superiority. And we think that it is not embracing of all citizens, and thus, should not be allowed on campus.”

Please let us know your thoughts in the comments section below.  Should the flag be allowed? Or do you consider it a distraction meant to send fear to intimidate and bully minorities, the very things the school board claims not to tolerate.